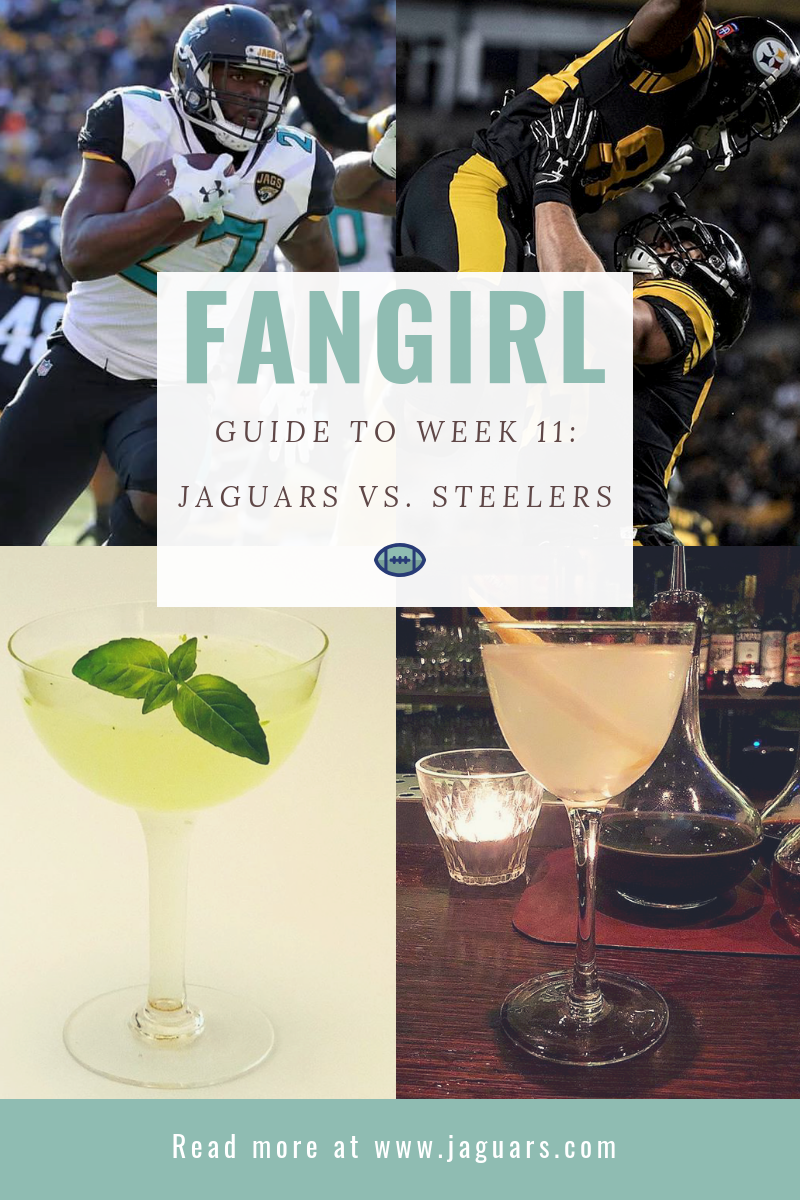 The Jacksonville Jaguars were a nightmare for the Pittsburgh Steelers last year, beating them in the regular season and in the playoffs. Right now, however, the Jaguars and the Steelers are on opposite tracks, as Pittsburgh has won five in a row and Jags have lost five in a row. BUT, that means — the JAGUARS ARE DUE FOR A WIN. 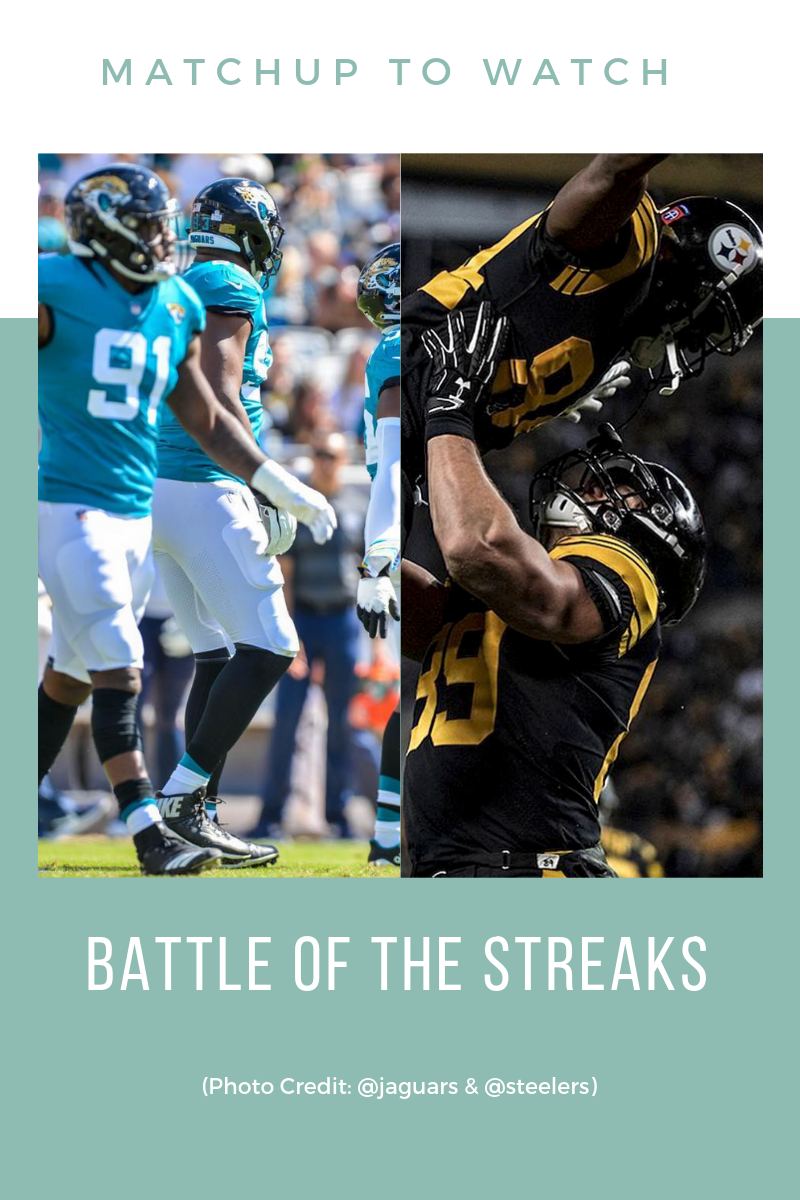 As we go into Week 11, the Jaguars are looking to change their season trajectory, and they most certainly have the motivation to do so. The Jaguars defense will have to bring pressure to Ben Roethlisberger early. Pittsburgh has the 16th-ranked passing defense and the fourth-ranked run defense in the league. Despite the loss, Blake Bortles had strong numbers last week. We expect him to continue to looking to Donte Moncrief in the air, while newly healthy Leonard Fournette will need to find some holes on the ground. It's time for a win #DUUUVAL. We got this. 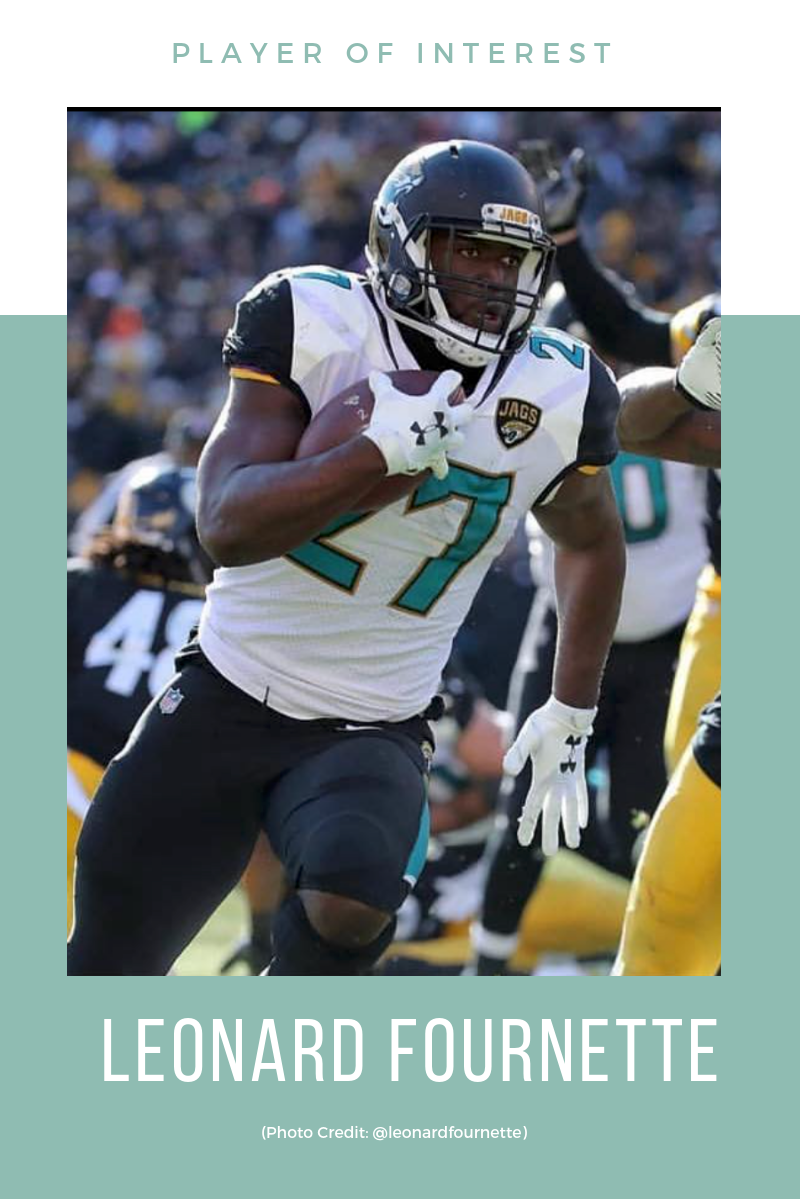 Last year, Jacksonville running back Leonard Fournette ran for 181 yards and two touchdowns in the Jags 30-7 victory over the Steelers in the regular season and he came back with 109 yards and three touchdowns in the playoff win. After being hurt most of the season, Fournette returned last week with 24 carries for 53 yards and a rushing touchdown, as well as five receptions for 56 yards and a receiving touchdown. The Steelers are ranked fourth in the league in run defense, but a healthy Fournette has the ability to create holes and extend plays on the ground. 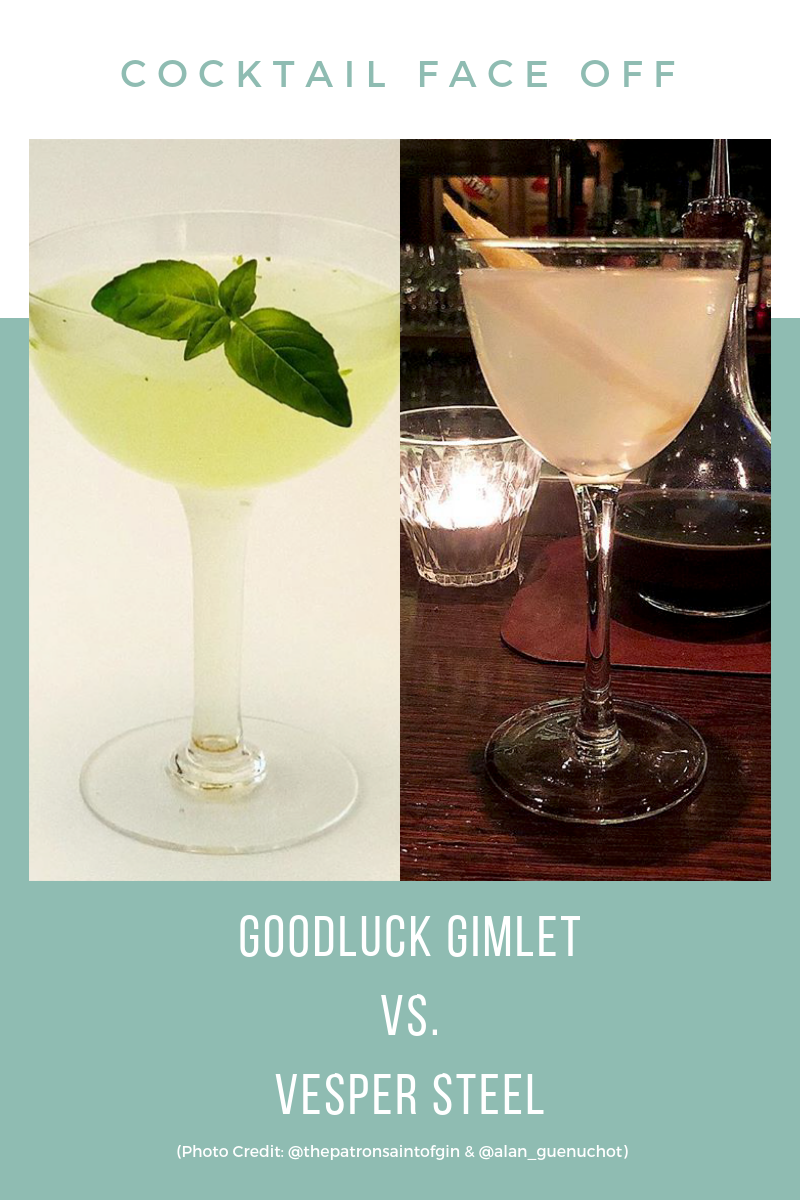 The key to breaking a losing streak is a matter of mindset, focus, and some good, old-fashioned luck. To keep us inspired this week, I'm presenting the "Goodluck Gimlet" to send Jacksonville all of the vibes they need to triumph in this week's matchup. Go Jags! 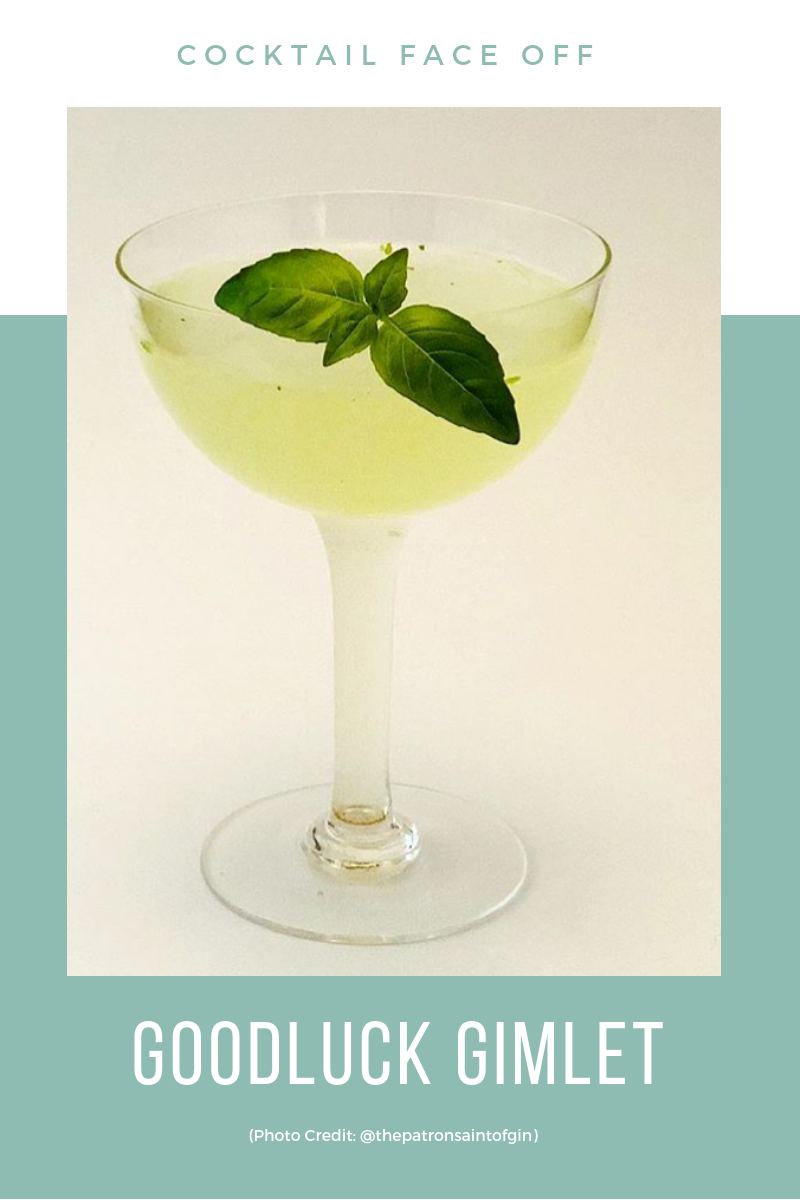 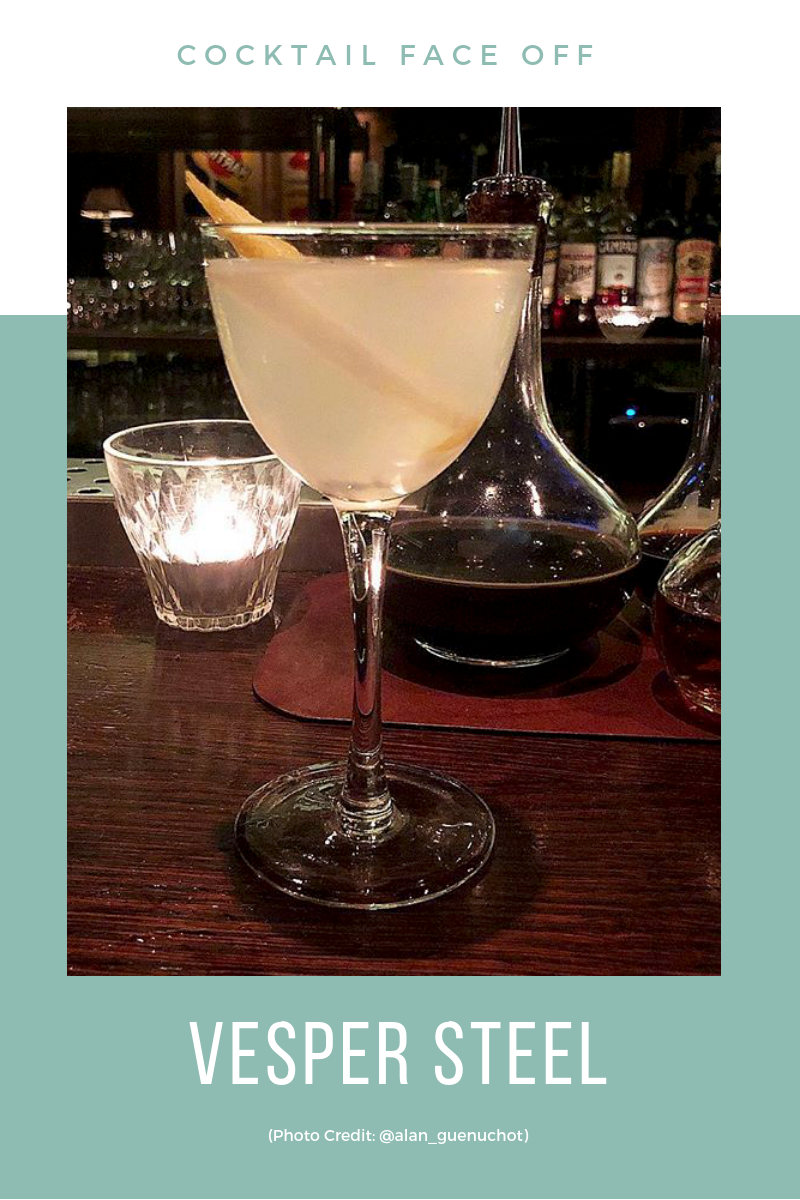 Since the Pittsburgh Steelers are looking to continue on their hot winning streak and steal this win from the Jaguars, their cocktail is the "Vesper Steel." May the best cocktail and team win!

Final analysis: The experts on Jaguars-Lions

RB Travis Etienne Jr. will play for the Jaguars Sunday against the Detroit Lions in what Head Coach Doug Pederson on Friday called a "critical" game …