FANGIRL: Guide to Week 6 in Dallas 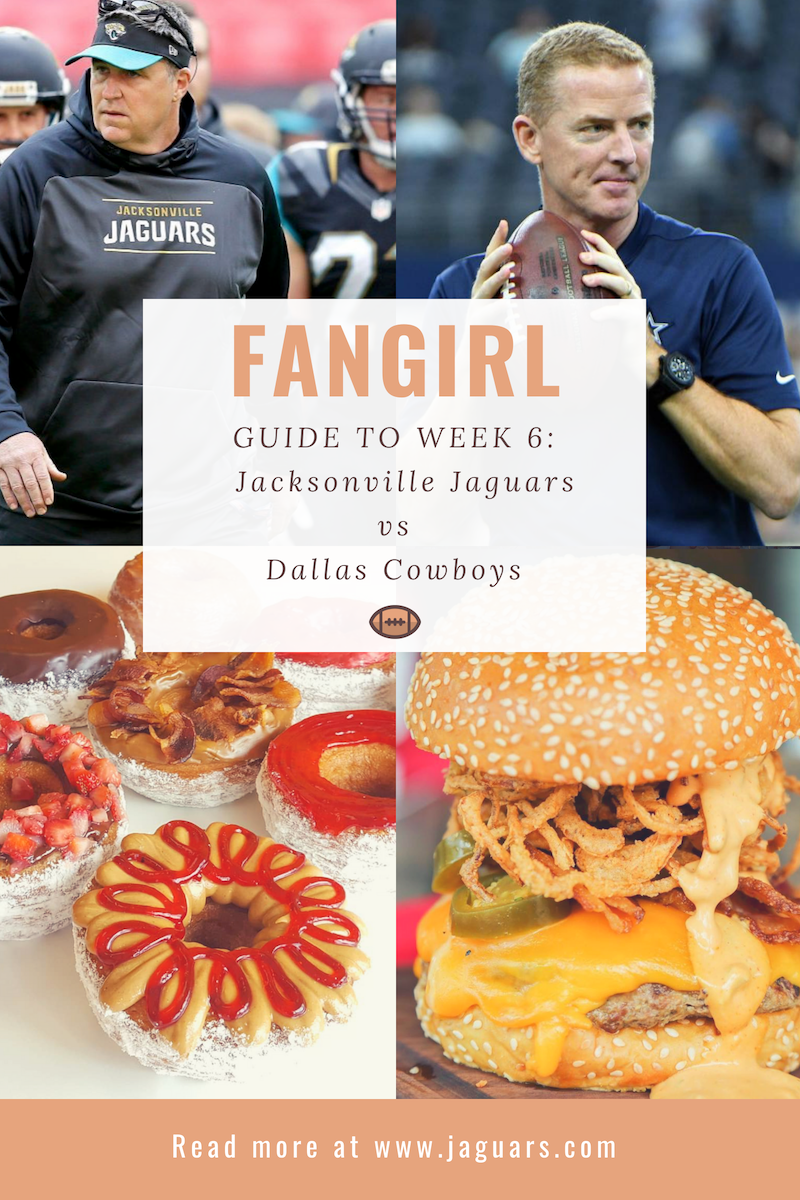 Our beloved Jacksonville Jaguars meet the Dallas Cowboys Sunday in NFL action at AT&T Stadium. As we root for the Jags to complete their second road victory of the season, we'll also take in some of the sights to see in "Big D." Let's face it, there's a lot to see because as we all know, everything's bigger in Texas. Giddy up! 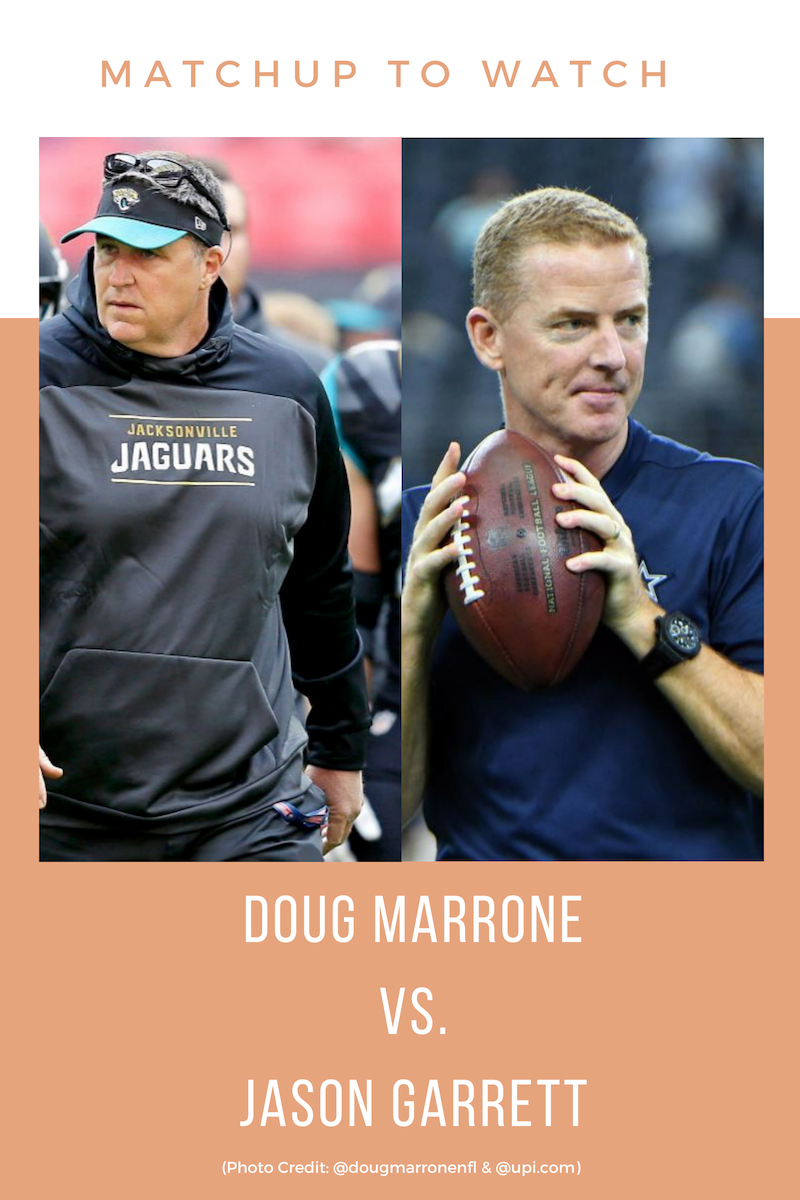 The Jacksonville Jaguars (3-2) are on the road again, looking to bounce back after last week's loss. This week, they will be facing the 2-3 Cowboys.

Unfortunately, they will be doing so a couple of men down. Running back Corey Grant and tight end Austin Seferian-Jenkins have been placed on injured reserve (though the latter may be able to return this season), and with Leonard Fournette already out, Blake Bortles and the Jags passing game will be key. The Jags did snag a four-time Pro Bowl running back in Jaamal Charles this week, but we'll have to see how much they use him.

The remaining Jags tight ends are James O'Shaughnessy and Niles Paul. Bortles and his receivers need to recapture some of that week-two efficiency and execution to get points on the board.

Marrone said it best: "Some people have to step up. Like I've said before, it's part of the game: attrition plays an important role in the NFL."

The Cowboys fell 19-16 to the Houston Texans in overtime and head coach Jason Garrett, whose play calling was questioned by Cowboys Owner Jerry Jones, needs a win at home. Quarterback Dak Prescott is struggling with consistency and Marrone will look to use his defense to impact the game by forcing turnovers and keeping the Cowboys on their toes. Keep an eye on Marrone and his ability to load the box to take advantage of the Cowboys' offensive weaknesses. Things may be big in Texas, but everything's bigger in Sacksonville ... starting with Calais Campbell and Myles Jack. #DUUUVAL 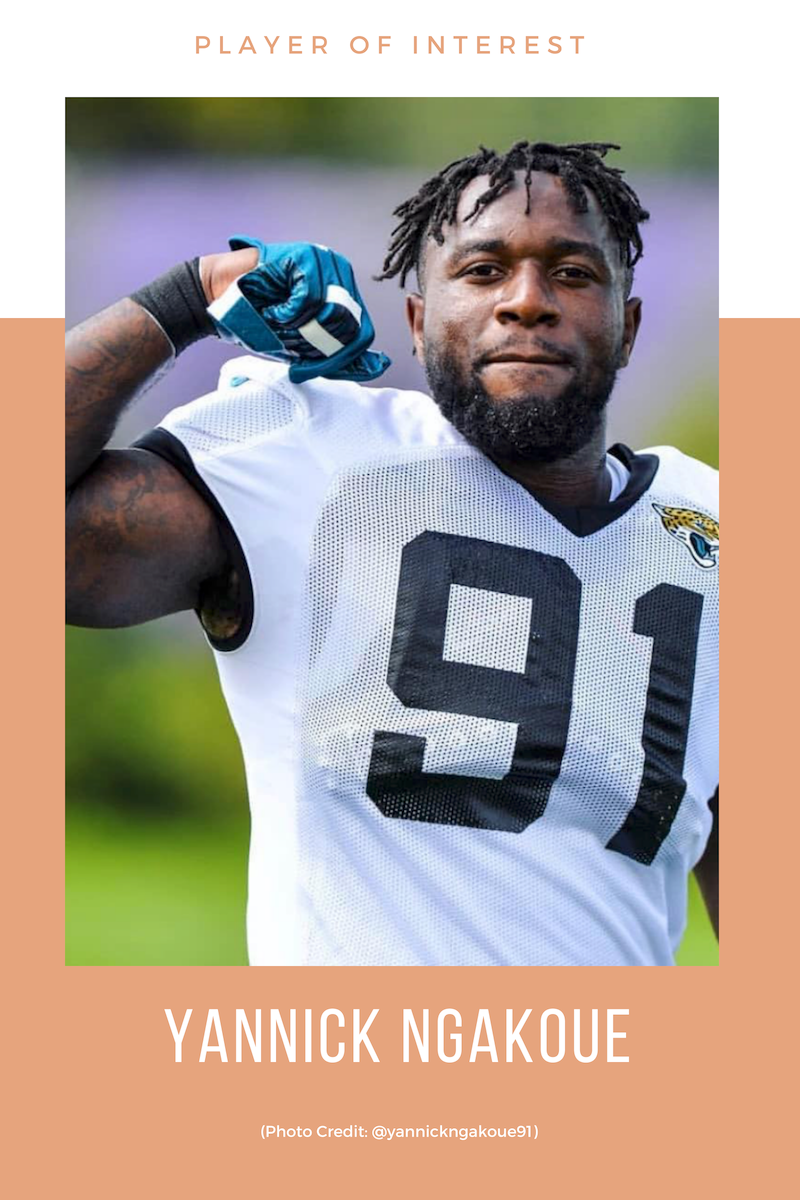 With the Dallas Cowboys' offensive struggles, the Jags will be able to play a lot of man coverage. Look for Yannick Ngakoue and the pass rush to exploit blitz coverage. This game will give Sacksonville an opportunity to continue living up to their reputation.

Yannick Ngakoue has 22 sacks in the last two seasons, and he led the league in strip-sacks last year. Expect a big game from this Pro Bowl superstar. He is just getting started. 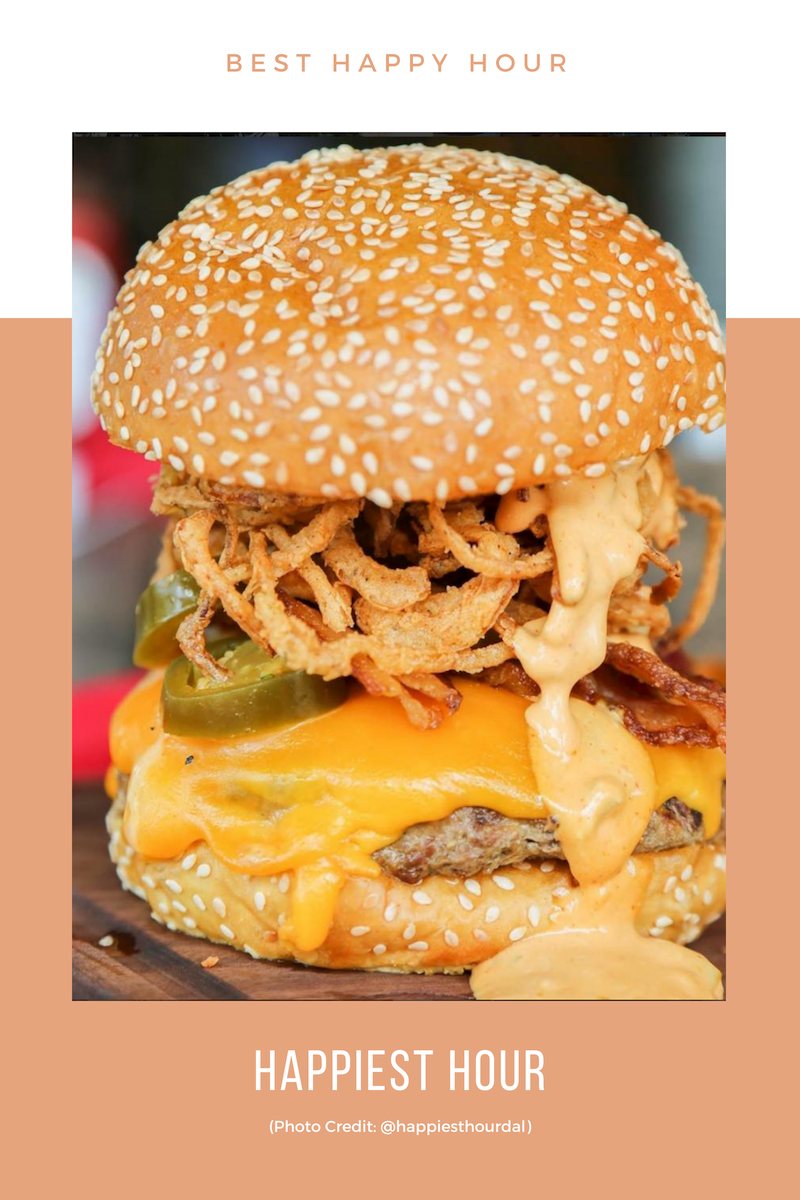 Our first must-try spot is "Happiest Hour," one of Dallas' most popular destinations. This cosmopolitan hangout is located in the Hardwood district making it the perfect post-game hangout. Take in the view and enjoy the yummy cocktail offerings like the "Hail Mary" which comes with Chewy Bear Candies in case you were wondering or the "Cinderella Story" with Zephyr Gin, La Marca Prosecco, Lavender, and Lemon Citrus. Hungry? The menu follows suit with an impressive line-up. I highly recommend the "Happy Burger" because sometimes you just need to eat a delicious burger and this one is topped with jalapenos and onion rings, so it's a sure winner. 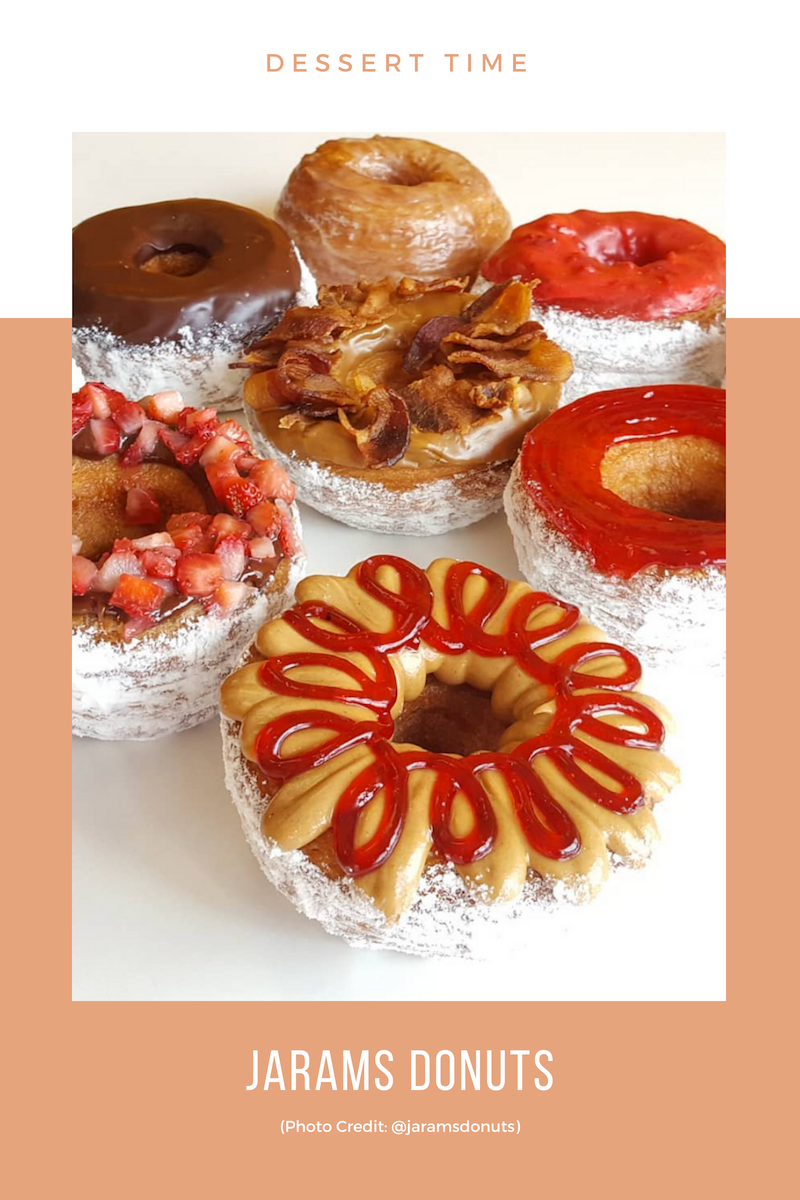 We would be remiss if we headed to Dallas without indulging our sweet tooth. Jarams Donuts is the place to go, the locals know that this place is donut heaven. Despite its modest interior, Jarams Donuts surely makes up for it with their delicious donuts. Our pick is the croissant-donut with raspberry glaze. Not in Dallas this weekend? You can still get your fill of fried dough at Jacksonville's own The Donut Shoppe. Mmmmmmmmmm Donuts... 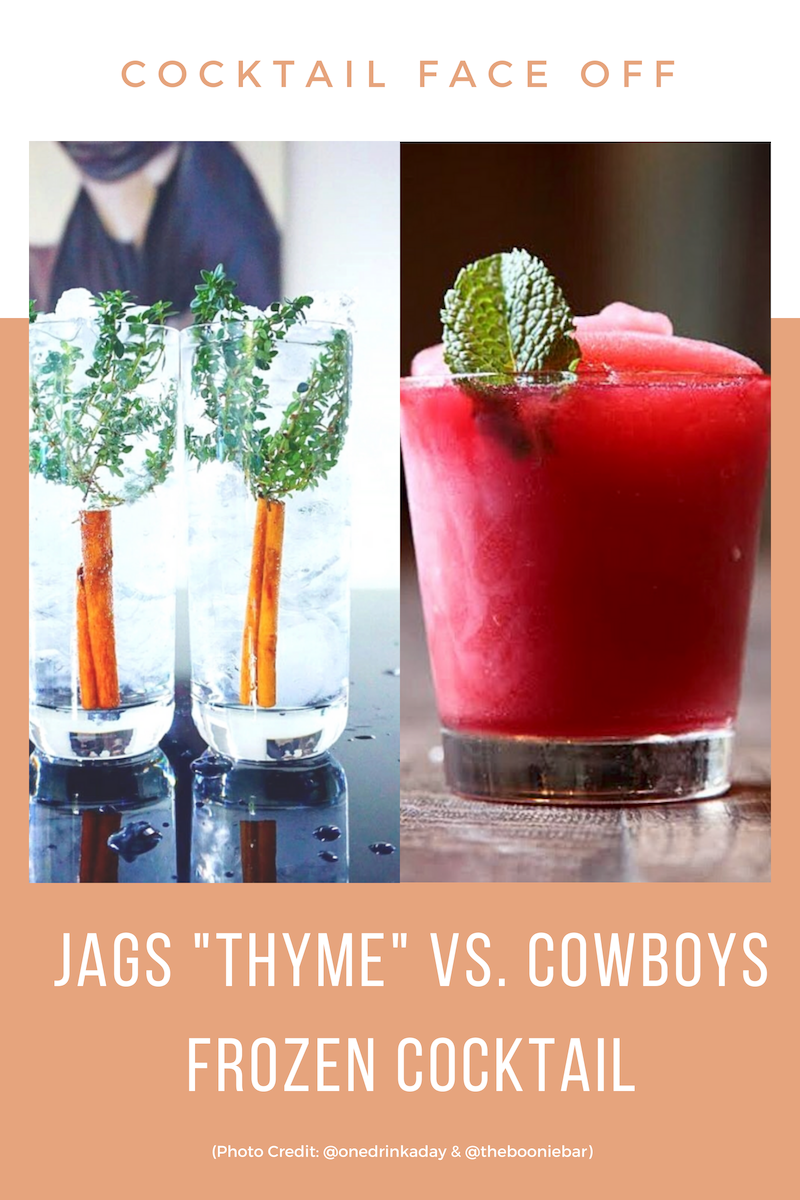 This weeks cocktail face off is warm vs. cold. The Jags are welcoming the new season with a dash of thyme, while Dallas clings to summer with a frozen libation. Who will win? You be the judge. 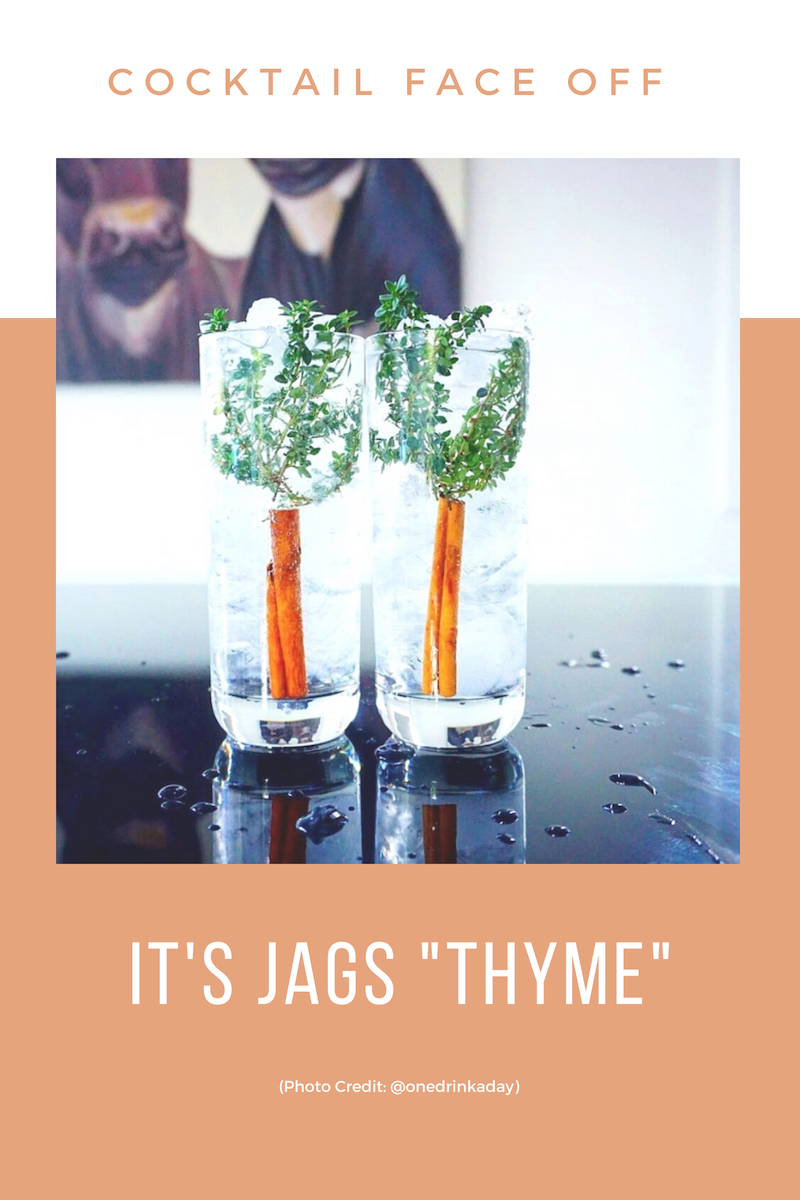 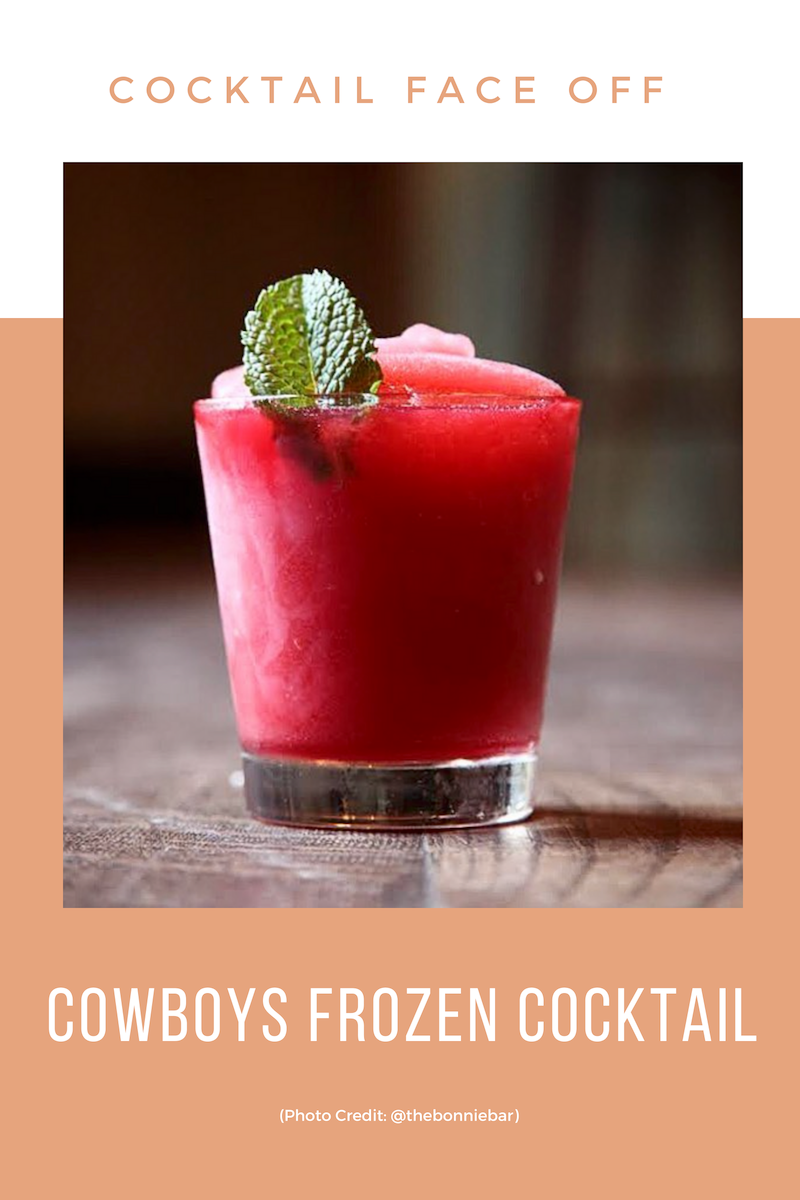 The Jacksonville Jaguars take on the Detroit Lions at TIAA Bank Field for Week 13 of the 2022 NFL Season on Sunday, December 4 at 1:00 PM ET

Power Rankings: Staying strong at No. 1

Senior writer John Oehser's pre-Week 13 2022 NFL power rankings. And we all know how important these are …

Jaguars insider: "A step in the right direction…"

Head Coach Doug Pederson on the importance of the Jaguars' second victory in three games this past Sunday: "It's good for the whole team to be able to finish a game…"