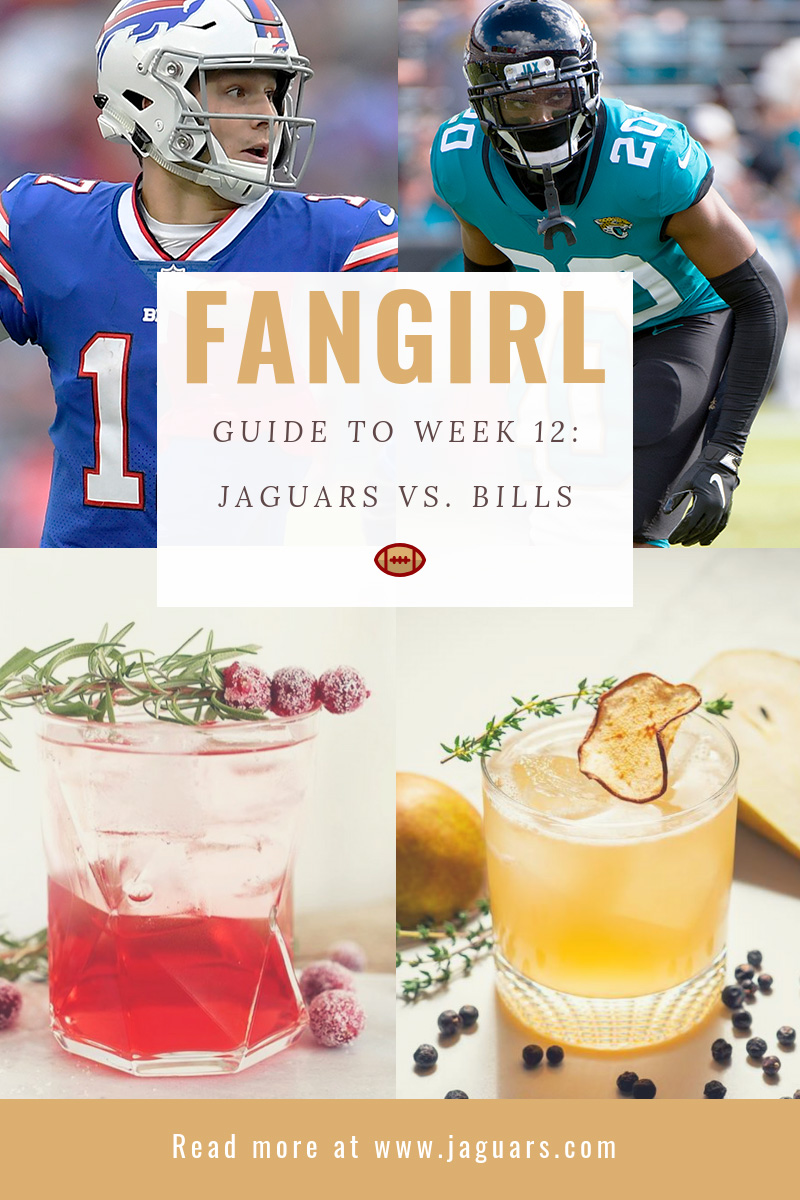 It's been a tough few weeks in Jacksonville, but hope springs eternal and we're heading to Buffalo to battle the Bills with a new attitude and some Holiday spirit. Grab your winter coats and your #DUUUVAL disposition because it's time to turn this season around! 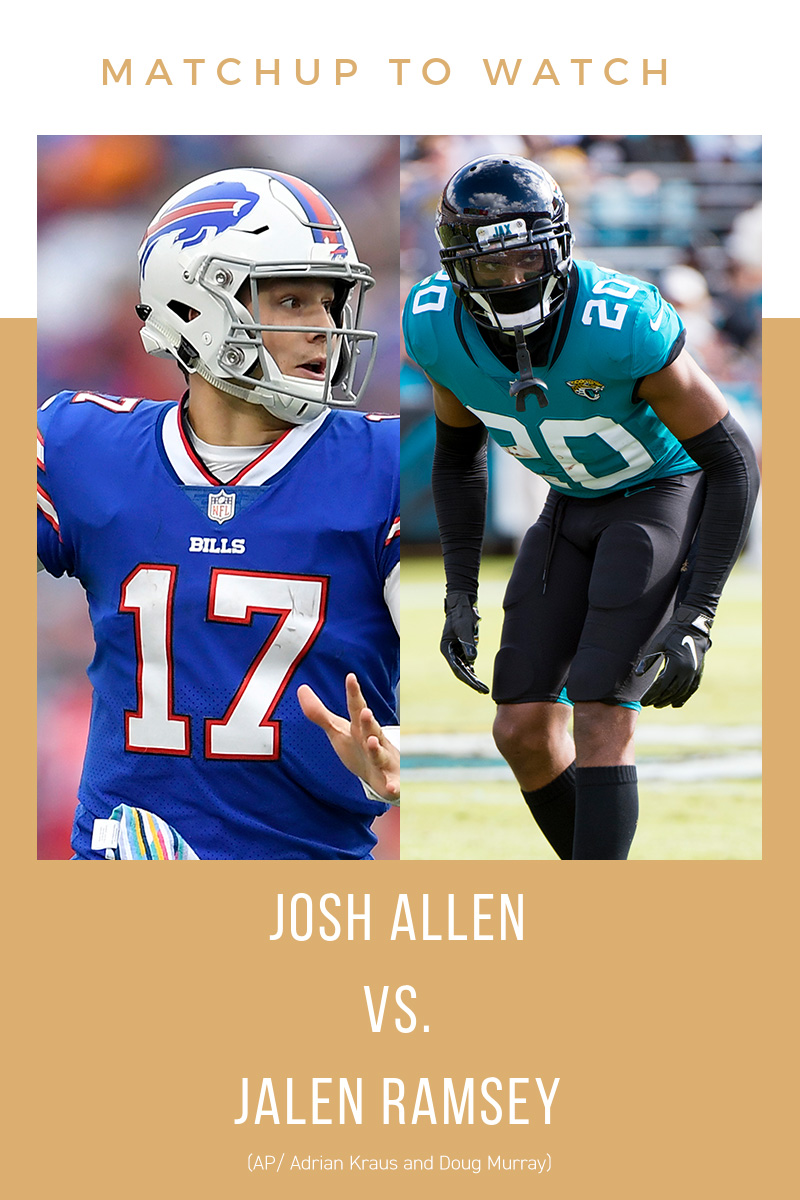 The Jaguars (3-7) and Bills (3-7) meet Sunday at New Era Field. Bills' QB Josh Allen has missed the past four games with a sprained right elbow but is in line to return on Sunday. As one of our most outspoken players, Jalen Ramsey called Allen "trash" while sharing his thoughts on the 2018 NFL draft (Bills took Allen at No. 7) and said he was excited to play Buffalo to face Allen. And, Jalen is not backing down.

On Tuesday, the Jags cornerback reiterated his feelings on Buffalo's rookie quarterback, "Everyone who knows me knows why I was so hard on him," Ramsey said.

The Bills are 32nd in the league in passing yards, averaging 159.8 per game and Allen has thrown five interceptions. Game on, Jalen. 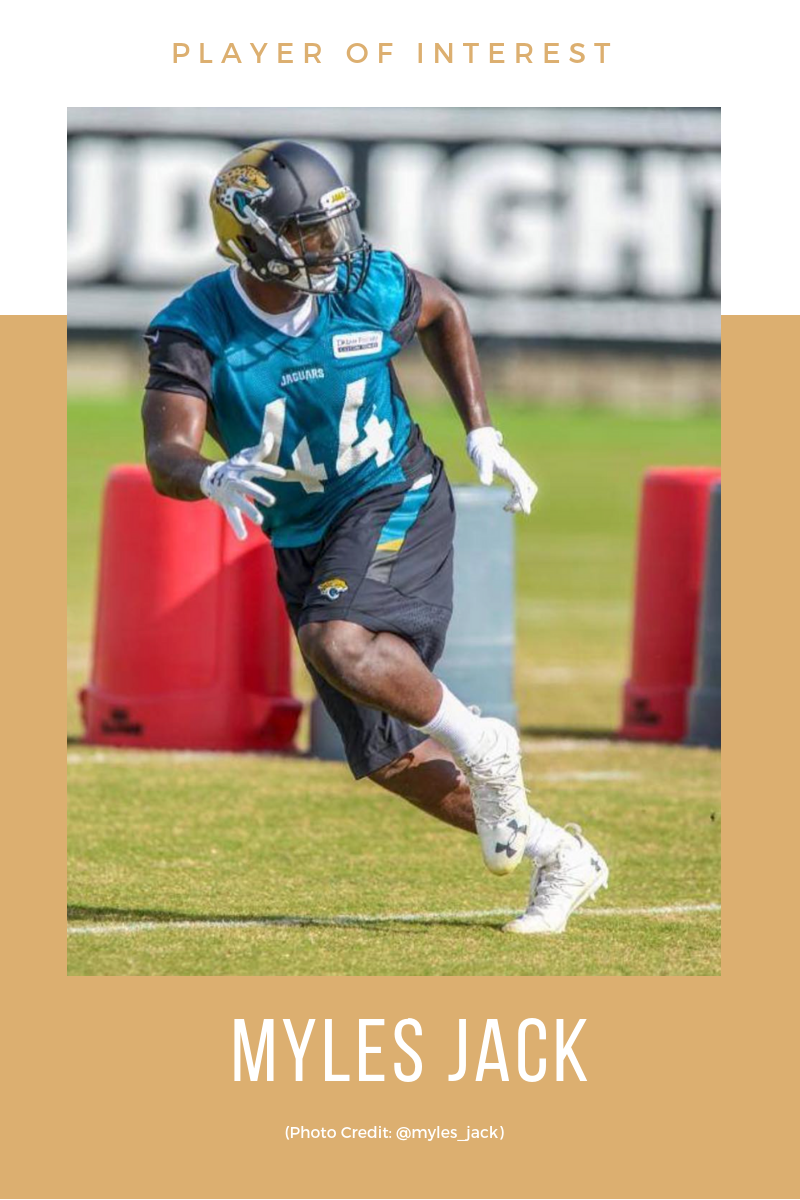 As any fan of Jacksonville's Myles Jack will tell you, the third year linebacker is going to be a major star on a defense that's already loaded with stars.

Although Sacksonville started out with a bang, the Jags defense showed last week it is ready to get back on track. Jack has 56 combined tackles, one sack and one interception thus far in 2018. The struggling Bills' offense is the perfect opportunity for Jack to bring pressure to Josh Allen and force a turnover and sack that quarterback. These are areas in which he excels. 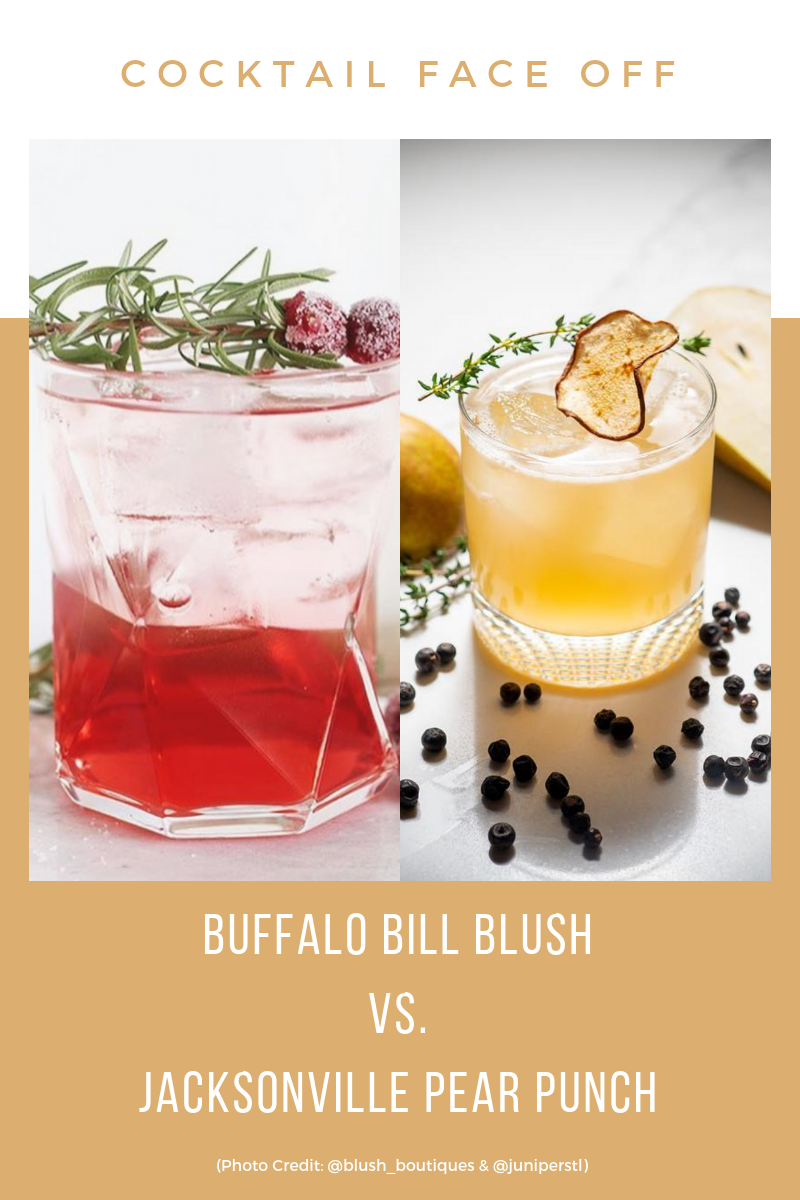 Just in time for the Holiday season, we present to you the Buffalo Bill Blush vs. The Jacksonville Pear Punch. Both of these cocktails share an unlikely combo of Vodka mixed with a second libation to bring the Holiday heat and amp up our drinking game (and hopefully our football game too)! 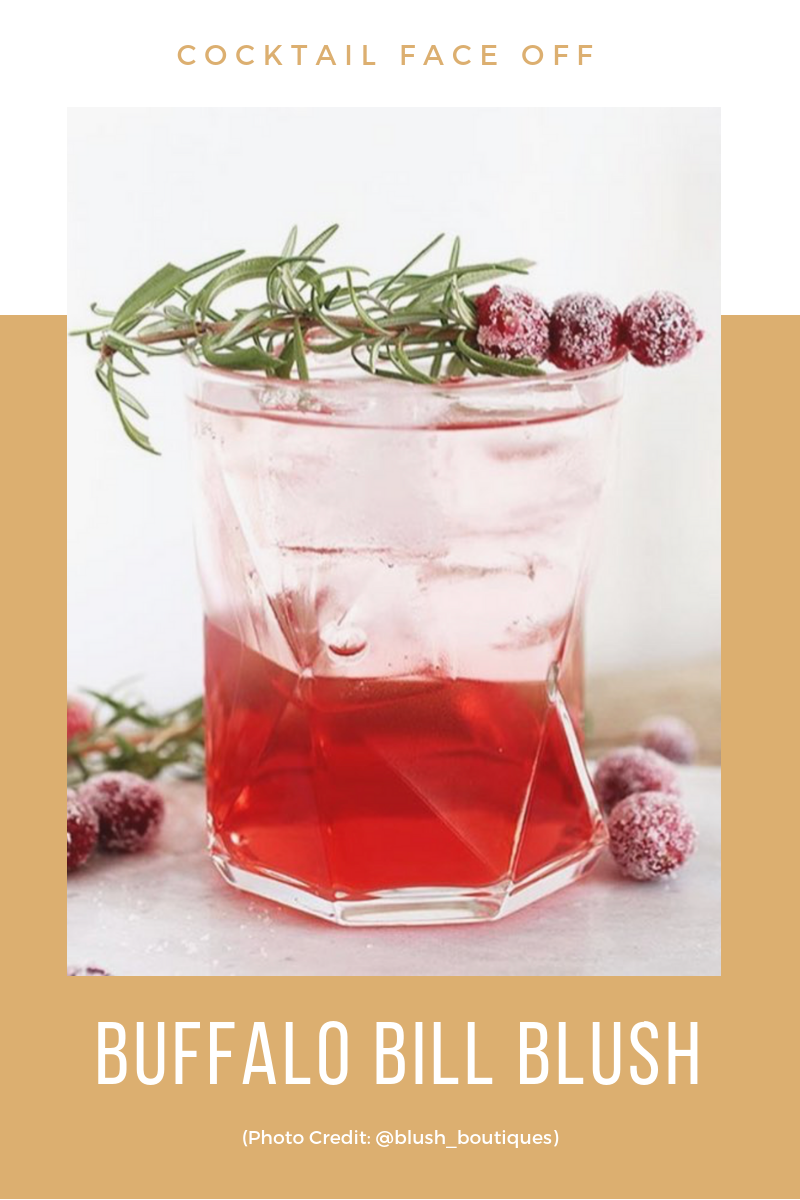 Inspired by the Holiday season, we've got The Buffalo Bill Blush complete with fresh cranberries and a dash of Prosecco. This twist on a classic cranberry vodka is sure to dazzle and hopefully make your guests blush. 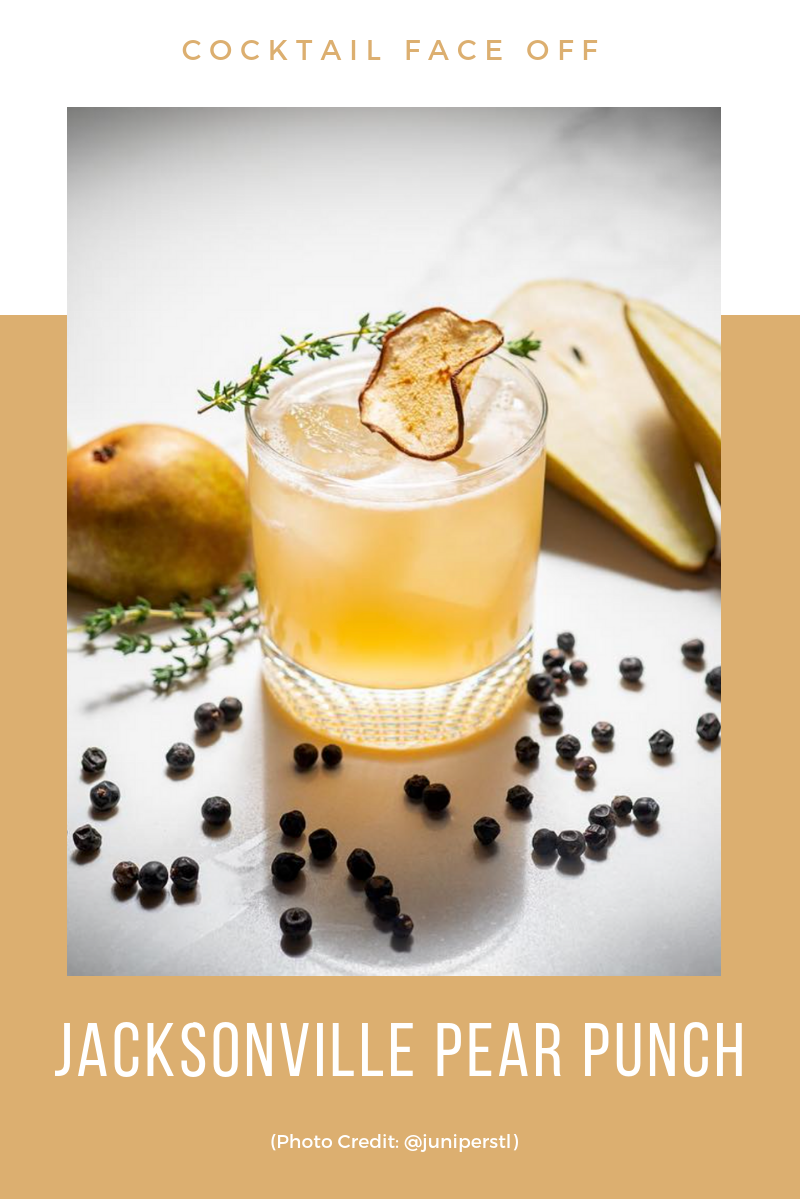 Jacksonville hopes to pack a mighty mean punch to win this game. That's why we present this standout concoction that's sure to knock your guests' socks off. This unorthodox cocktail combines the sweetness of a pear with the smoothness of delicious Brandy to create an irresistible drink that's sure to impress.

Senior writer John Oehser's 10 things the Jaguars must do to beat the Tennessee Titans in a 2022 Week 14 game at Nissan Stadium in Nashville, Tenn., Sunday…

Jaguars running back Travis Etienne Jr. discusses the upcoming stretch run plus his family background in Jennings, La., with senior writer John Oehser on the O-Zone Podcast, presented by VyStar.

Jaguars Head Coach Doug Pederson on the status of QB Trevor Lawrence (toe) for Sunday's game against the Tennessee Titans at Nissan Stadium in Nashville, Tenn.: "If he can get out there and move around and feel comfortable, he should be fine …"