The Jacksonville Jaguars are headed into Week 2 of their 25th NFL season. The squad will travel to the Lone Star State to face Deshaun Watson and the Houston Texans in their first divisional matchup of the season.

Both teams are looking to rebound from Week 1 losses. Although the Jags have to go into this game as the away team, they have an advantage on their side. The Texans are playing on a short week after losing a nail-biter to the Saints on Monday Night Football, so the Jags will ride into NRG Stadium with a new, young QB and hungry defense ready to get a W.

You're up, rook! The player to know in this matchup is none other than rookie QB Gardner Minshew II. He's the next man up following the injury to Nick Foles. Foles was placed on injured reserve this week - which means he can't play until Week 11. Minshew was the Jaguars sixth-round pick in the 2019 NFL Draft out of Washington State. Very few players have succeeded in the position that the rookie has found himself in...except maybe for one exceptional sixth-round QB that plays for a team in the AFC East *cough cough* Tom Brady. So, I'm not saying Gardner is the next TB12, but luck is finally shining on him. What do I mean by finally? Well, Minshew's come-up wasn't the most ideal. Out of high school he had two offers - one from UAB and another from Akron. UAB conveniently temporarily suspended their football program in 2014 when Minshew would've been a freshman, and the coach who recruited him to Akron tragically passed away in a car accident. So, Gardner Minshew II found himself on the Troy campus shortly after transferring to a JUCO in his home state of Mississippi. After finishing his undergraduate career at East Carolina, Minshew chose to use his last year of eligibility under legendary coach Mike Leach at Washington State.

Why does that matter? Because this rookie is resilient. At Washington State, Minshew went 11-2 while leading the nation in passing with an average of 367.6 yards per game. Fast forward a season later and he's the starting quarterback of the Jacksonville Jaguars. GET EXCITED DUUUVAL! Did you know that in his first NFL performance, Minshew broke two NFL records and one franchise record? He started off 13-of-13 for his first time slinging it on an NFL field - which was a new league high. Also, his final 22-of-25 stat line gave him an 88 completion percentage - which was the HIGHEST of any player (minimum of 10 pass attempts) in their first pro game. This also became the highest in Jaguars franchise history.

The QBs game will speak for itself and, once settled it, performed fairly well against the Chiefs in Week 1. So, the ONE thing you need to know and remember about Gardner Minshew II is his glorious mustache. It is and will be legendary. It also might inspire a few fans to grow one too. Watch out Jags...don't be surprised when more mustaches start to appear around Jacksonville.

The fascinating matchup between two stars continues with Texans WR DeAndre Hopkins vs. Jags DB Jalen Ramsey. Headed into the 2019 season, Pro Football Focus had Hopkins ranked as the #1 wide receiver, while DeAngelo Hall of the NFL Network ranked Jalen Ramsey the #2 cornerback in the league.

The last time these two took the field, DeAndre Hopkins won the battle. He finished with 12 catches for 147 yards in their Week 17 game from the 2018 season. Fast forward nine months and these two will go at it again this Sunday.

What makes this battle so intriguing? Both players are unreal athletes with great ball skills and speed. They both are incredibly competitive and physical. Watch these two go at it all game. You'll definitely see physical play at the line of scrimmage, as well as down the field. Expect there to be a lot of one-on-one challenges between the two come game-time, especially because of Hopkins' success the last time these two faced off. However, we've seen a new Jalen Ramsey this offseason. His focus and determination for the year is as evident as ever, and I know it will show on the field this Sunday.

Hitting the road to support the Jags? Make sure you know these tips ahead of game day. 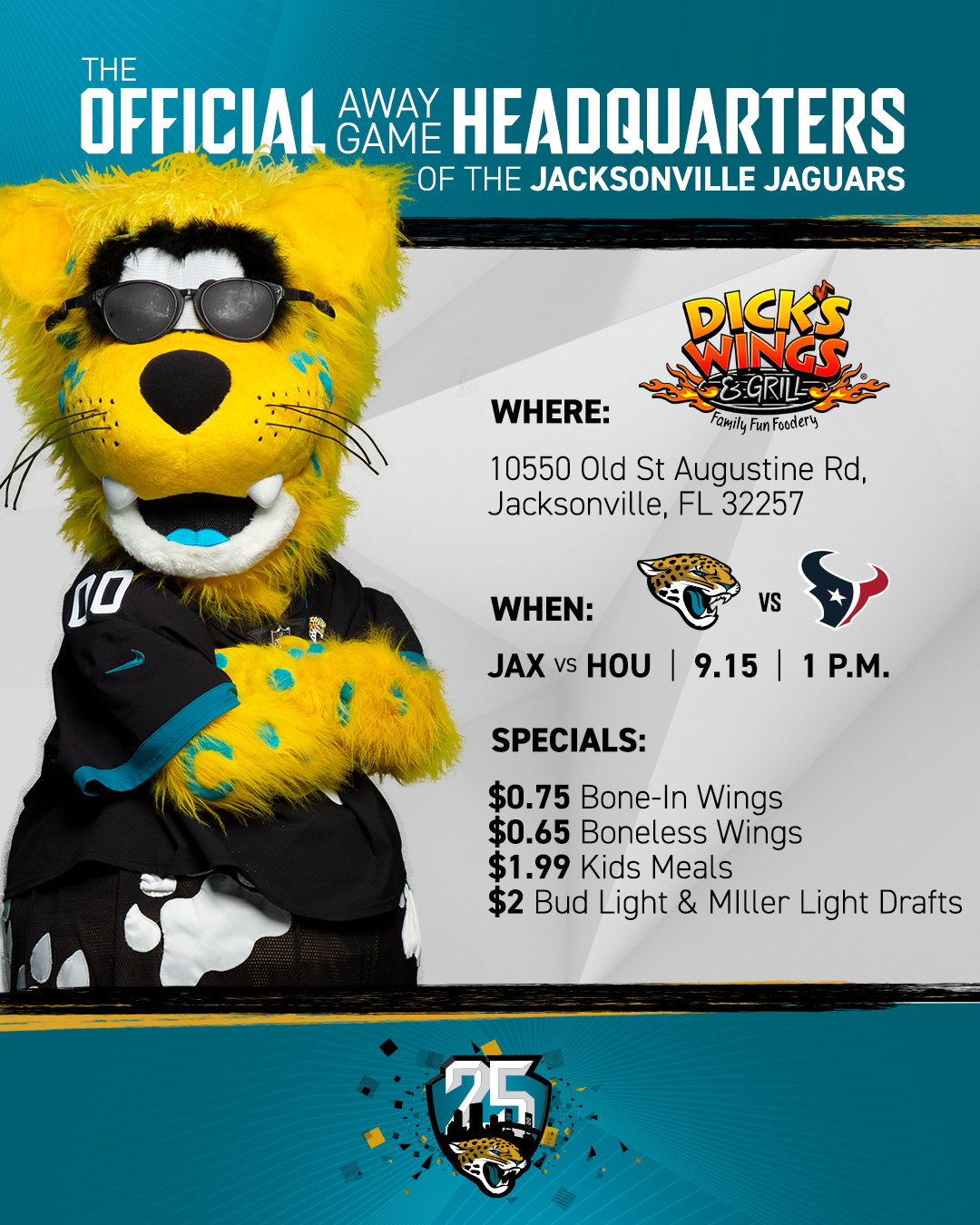 LB Chad Muma, the No. 70 overall selection by the Jaguars in the 2022 NFL Draft, signs rookie contract

Jaguars 2022 Organized Team Activities began Monday at TIAA Bank Field, with veteran DE/OLB Josh Allen practicing after spending the early part of the offseason working in Arizona: "I know I'm better than what I've been doing, so I really have to reassert myself…"

The Jaguars opened 2022 Organized Team Activities Monday, with QB Trevor Lawrence saying of the team's '22 offseason to date: "I really feel like we're right where we need to be…"

The Jaguars on Monday opened 2022 Organized Team Activities at TIAA Bank Field, with Head Coach Doug Pederson saying: "Even though we're not making roster moves, cutting it down to 53 and all that, you still get a lot out of these as a coach…"