The Jacksonville Jaguars are the reigning Kings of the AFC South, securing the division in 2017. The Jags will host the Houston Texans for a Week 7  battle, where the division rivals are in a tie with the Tennessee Titans for first place. Throw on your team teal and let's play some football! 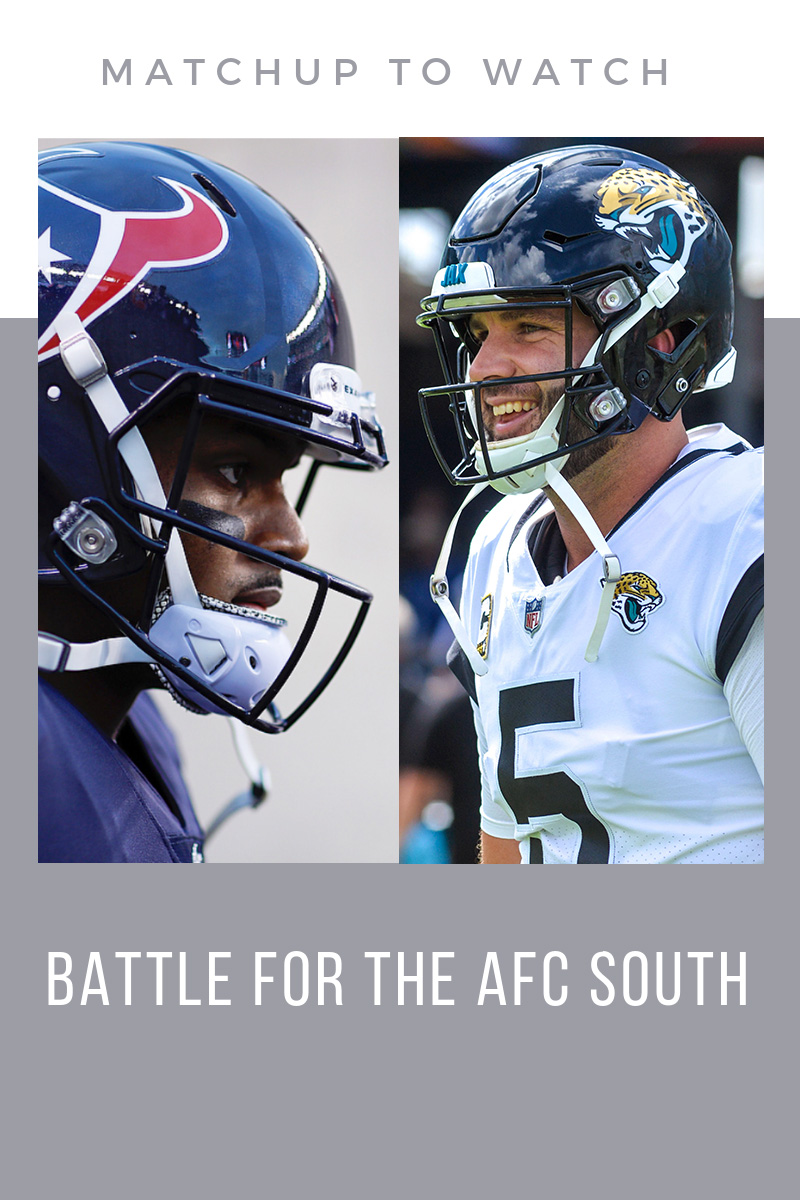 As the Jaguars host the 3-3 Texans at TIAA Bank Field, all eyes will be on # DUUUVAL in this must-win matchup. This is a battle of two premier NFL defenses so points will be at a premium.

Sacksonville will seek to return to form by getting pressure on Texans QB Deshaun Watson. Watson is a mobile threat but the Jags
se will seek redemption after falling to the Dallas Cowboys last week. Look for the Jags to limit Watson in the pocket in order to keep him from getting those extra yards with his feet

Also remember to keep an eye out for cornerback Jalen Ramsey while covering Texans wide receiver DeAndre Hopkins. These are two marquee players at their respective positions and both need a win. Hopefully the Jags can shut down the Texans struggling offense and come out on top. 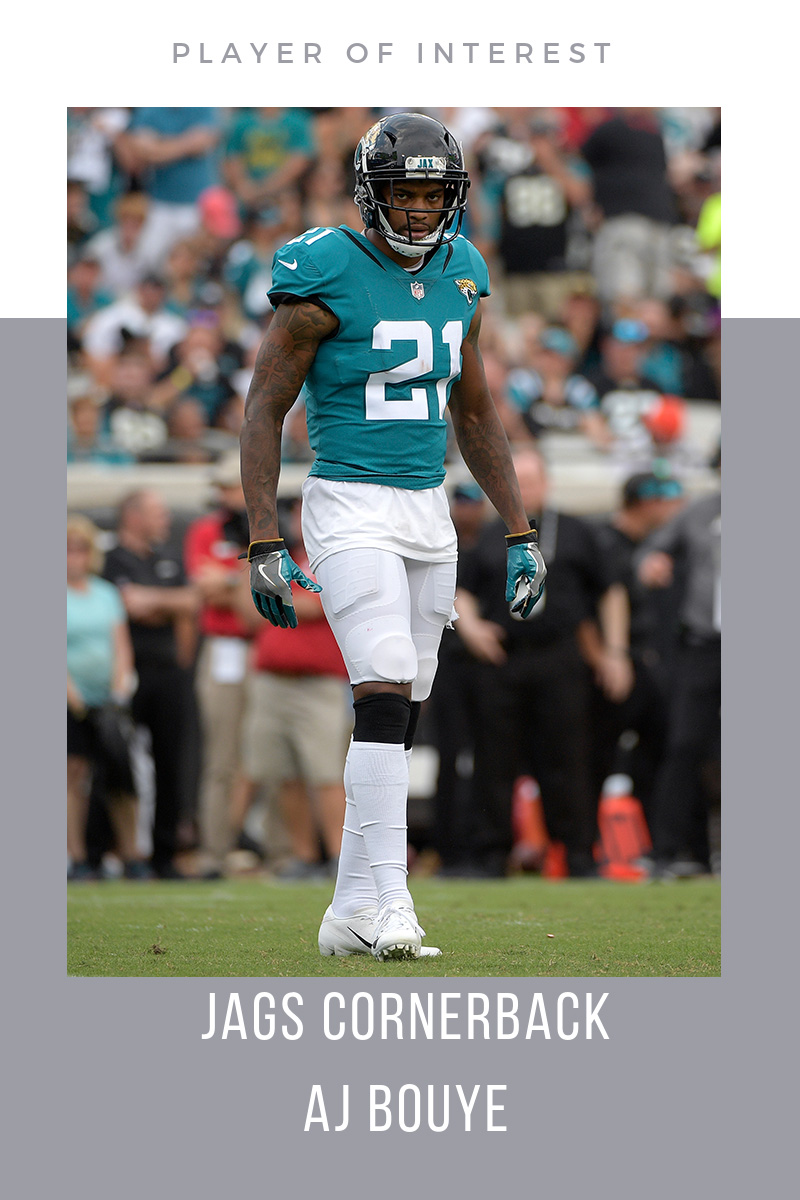 Cornerback A.J. Bouye is in his second year with the Jags, but prior to coming to Jacksonville, he played several years of ball with the Houston Texans. In 2018, Bouye has an interception, 20 tackles and four assists. He'll be looking to increase those numbers when DeShaun Watson takes the field on Sunday. Watch out Will Fuller. A win against your former team is always a little sweeter.

Bouye has a pregame ritual which pretty much takes the cake on heartwarming. Before every home game, he leaves the team hotel in the morning so he can play with his daughter. That's just adorable.

"Home games, I wake up early in the morning just to play with her," Bouye said. "That's usually the only thing that gets my mind off the game."

As part of the NFL's October Crucial Catch campaign, Bouye joined several of his teammates at Velocity Sports Center to honor cancer survivors and their families. This Fangirl loves knowing that the men she admires on the field are admirable off of it as well. 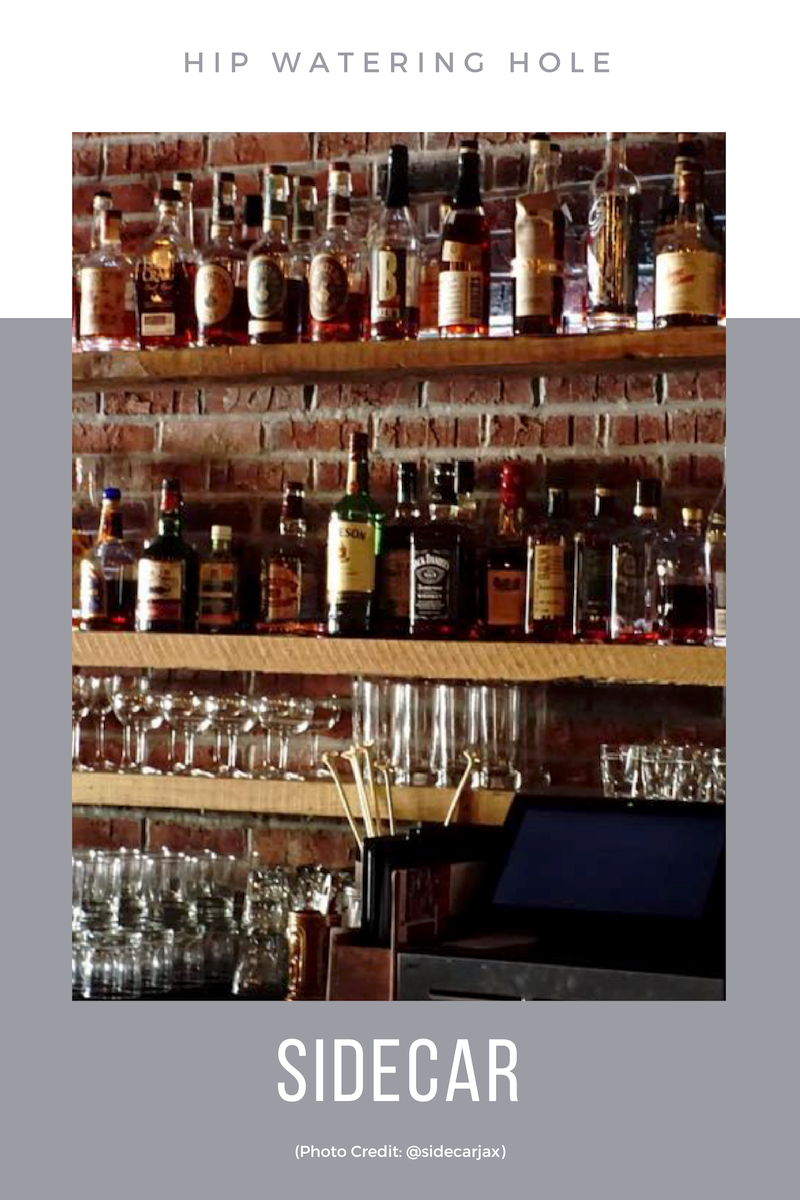 A destination for watching our Jags play is local fave "Sidecar." This beer garden and cocktail lounge provide the best backdrops for watching Bortles and the boys strap on their helmets and take to the field. You're sure to find something to wet your whistle from their extensive cocktail menu. You've got to try the "Jagquiri" just for the name alone. 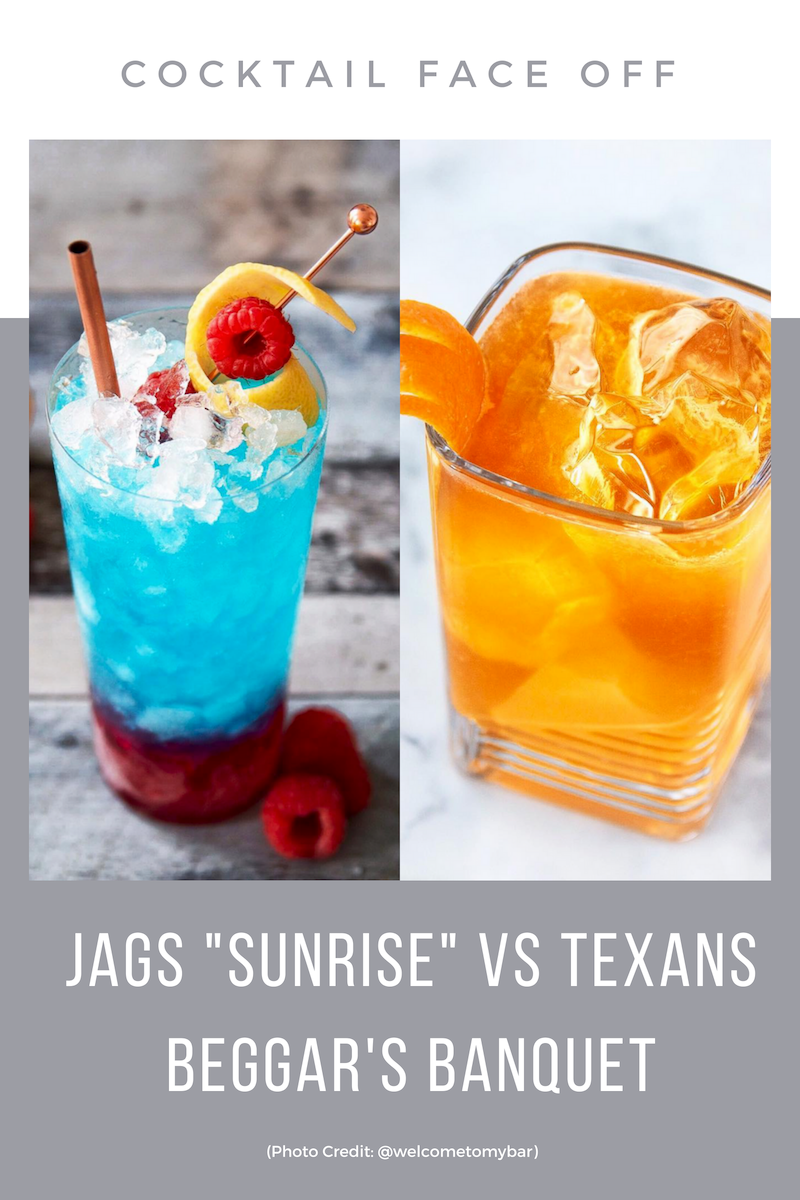 In this week's Cocktail Face Off, we have the Jags "Sunrise," a delicious tequila concoction that will make your taste buds dance, facing off against the Texans "Beggar's Banquet," a cocktail that will warm you up on a crisp fall Sunday. Try for yourself to see who takes the cocktail victory. 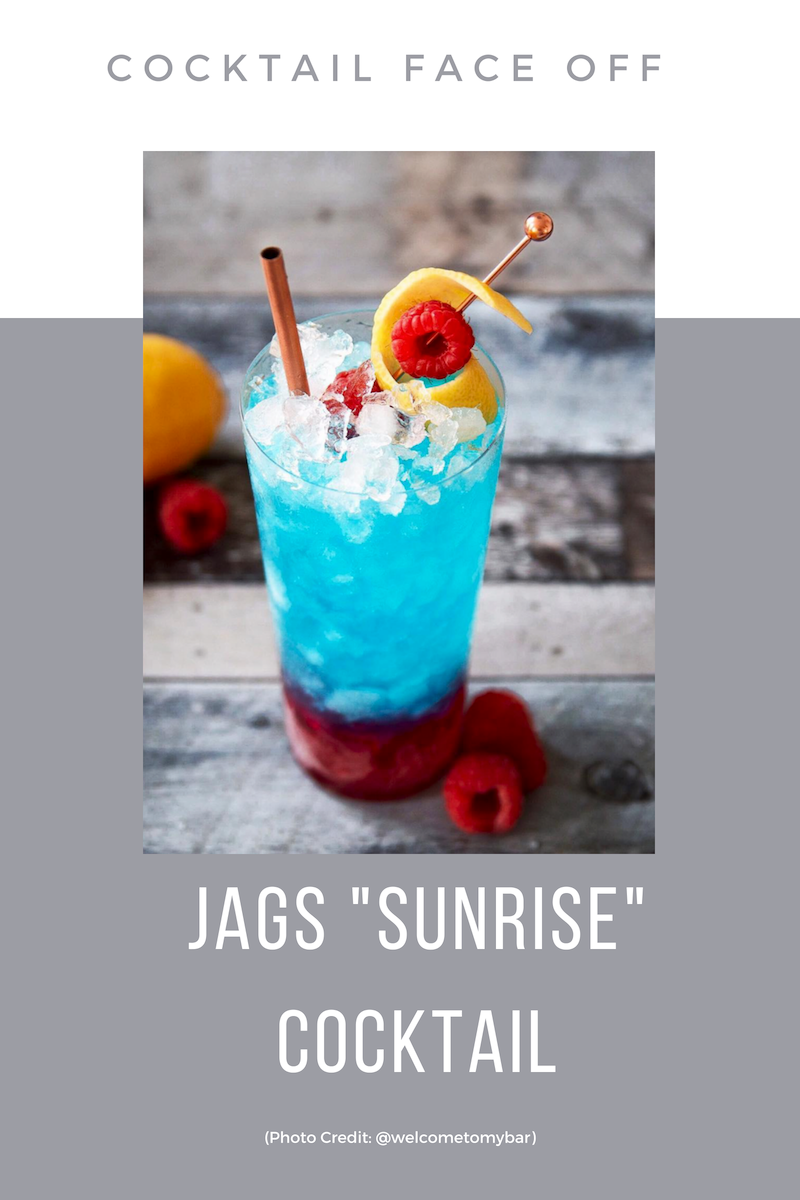 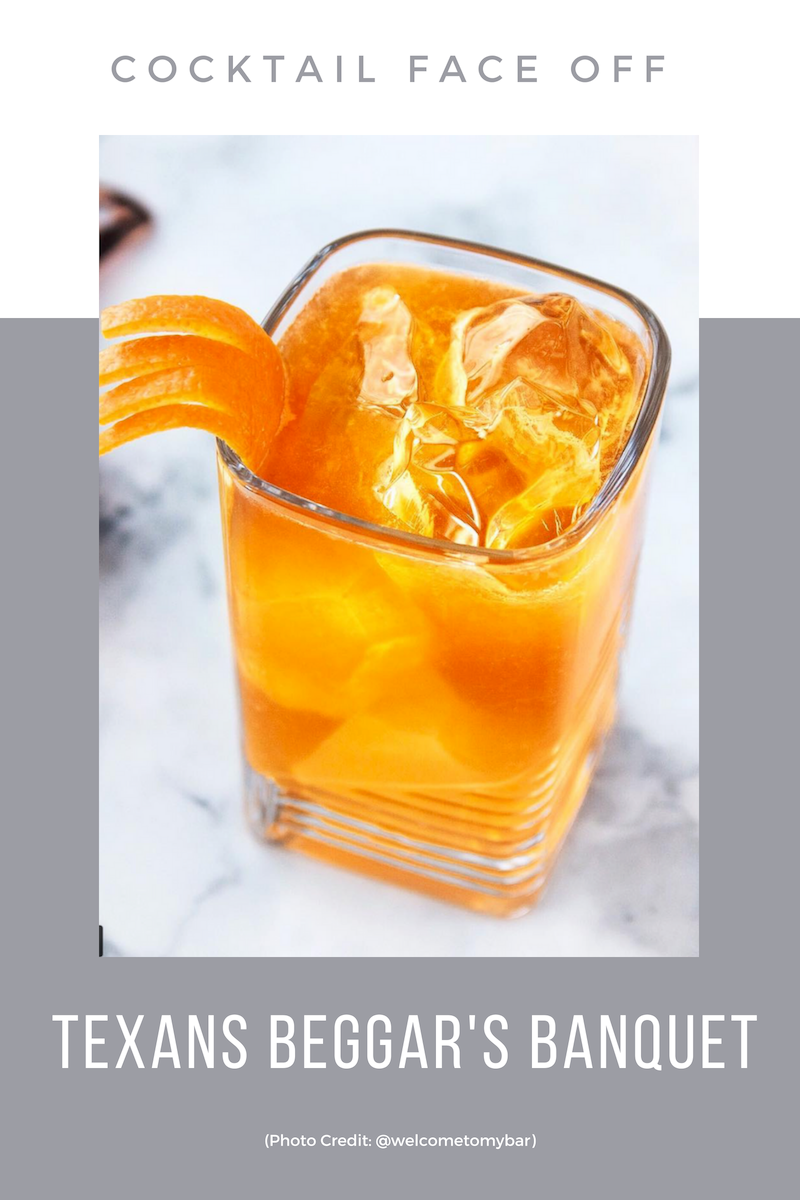 O-Zone: One fer all

Friday update: "They came back ready…"

Head Coach Doug Pederson spoke to the media Friday morning as the Jaguars – a week after their 2022 bye – prepared to play the AFC North-leading Baltimore Ravens at TIAA Bank Field Sunday: "They came back energized, ready to go … eager…"

Senior writer John Oehser's 10 things the Jaguars must do to beat the Baltimore Ravens at TIAA Bank Field Sunday at 1 p.m.

Jaguars S Andre Cisco joined senior writer John Oehser for this week's 2022 Week 12 O-Zone Podcast: "We've got so much love and appreciation for each other that we know we're capable of turning this around at any moment …"