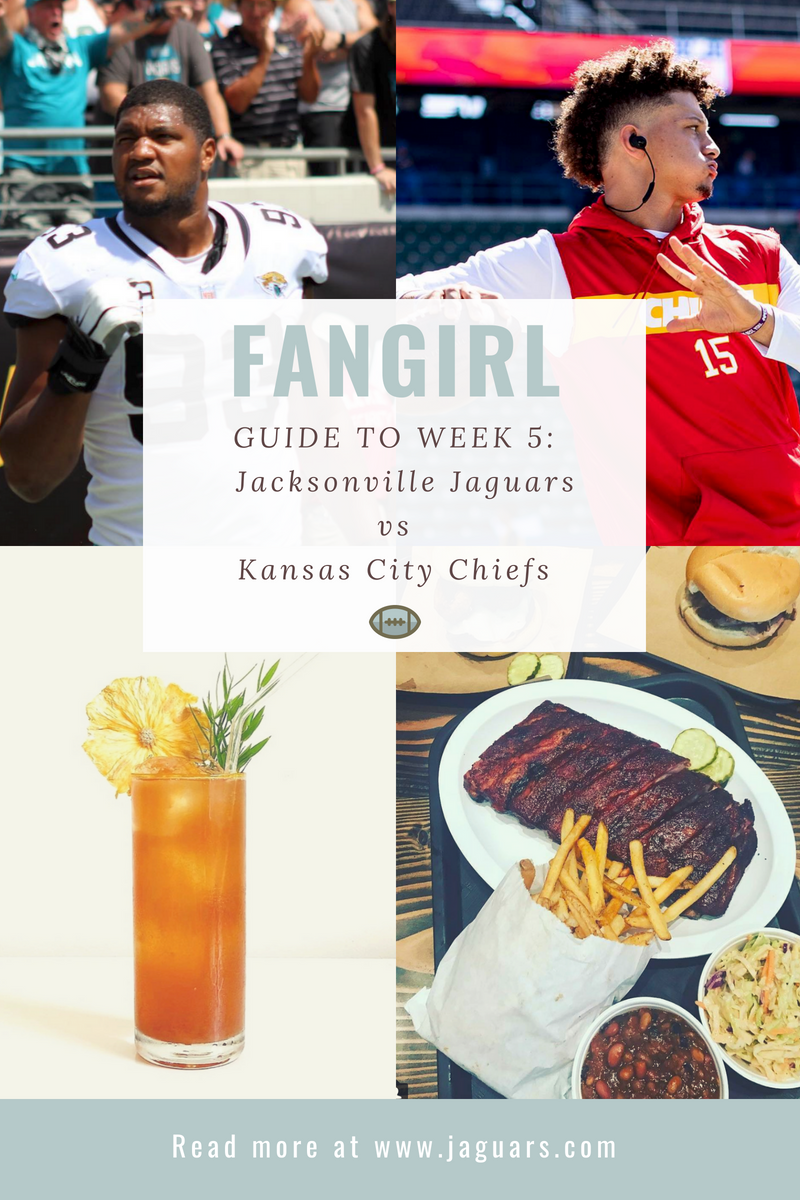 We're heading into week five of the NFL and the Jaguars are bringing the DUUUVAL spirit to the Paris of the Plains, Kansas City. Let me show you what delectable smoky BBQ to taste, the matchup you MUST see, the player to watch and, of course, the cocktail face off of the week. Strap on your boots and let's do this! 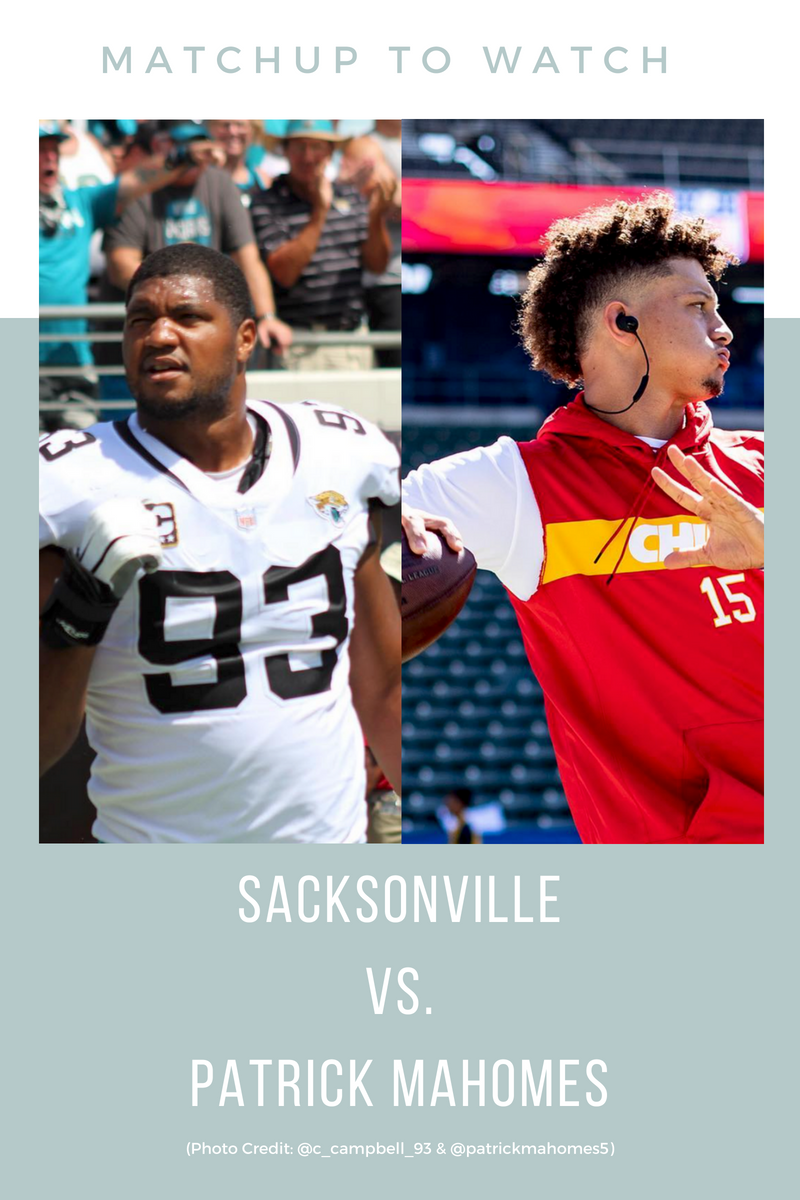 Mahomes has a number of offensive weapons in WR Tyreek Hill, TE Travis Kelce and RB Kareem Hunt, which is what makes the Chiefs' offense so dangerous. That being said, they have yet to face a premier defense. It will be up to Calais Campbell, Myles Jack, Telvin Smith and the rest of Sacksonville to put pressure on the quarterback to throw him off his game, pun sort of intended.

Watch out KC.. #DUUUVAL is coming to town. 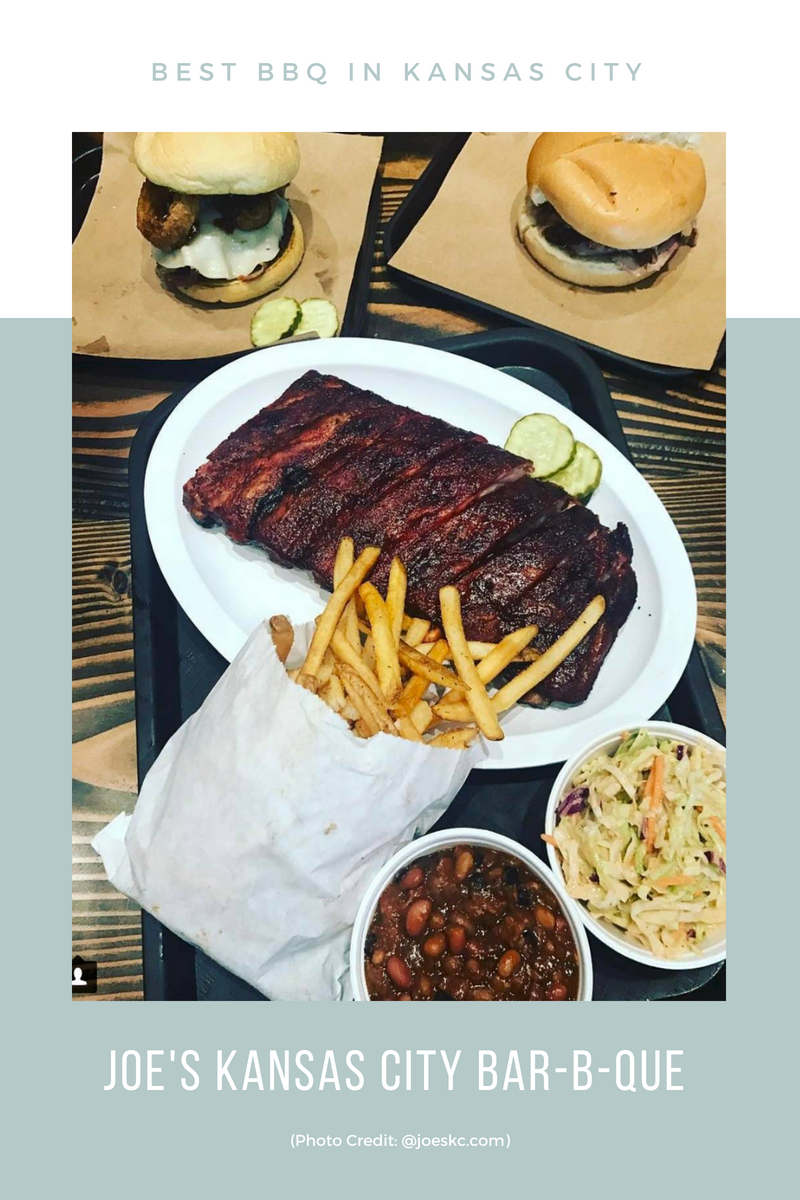 If you're in KC, after the game, grab your bib and bring your appetite because we're heading to the number one BBQ spot in all of KC. I'm talking of course about Joe's Kansas City Bar-B-Que. This tasty 'Que joint tops every list and with good reason. When you're at Joe's, you're gonna want to get right to the good stuff. Dive in with the Ribs and Burnt end dinner, which mixes the best of both worlds with delicious ribs and that smoky crisp flavor of the end bits. Yummm. Since you're with your Fangirl crew, you're going to want to load up on sides to share. Get that Dirty Rice, Creamy Cole Slaw and finish with that Kansas Caviar.

If you'll be watching from the comfort of your couch in Jacksonville, make your own ribs with easy and delicious recipe. I'm already full! 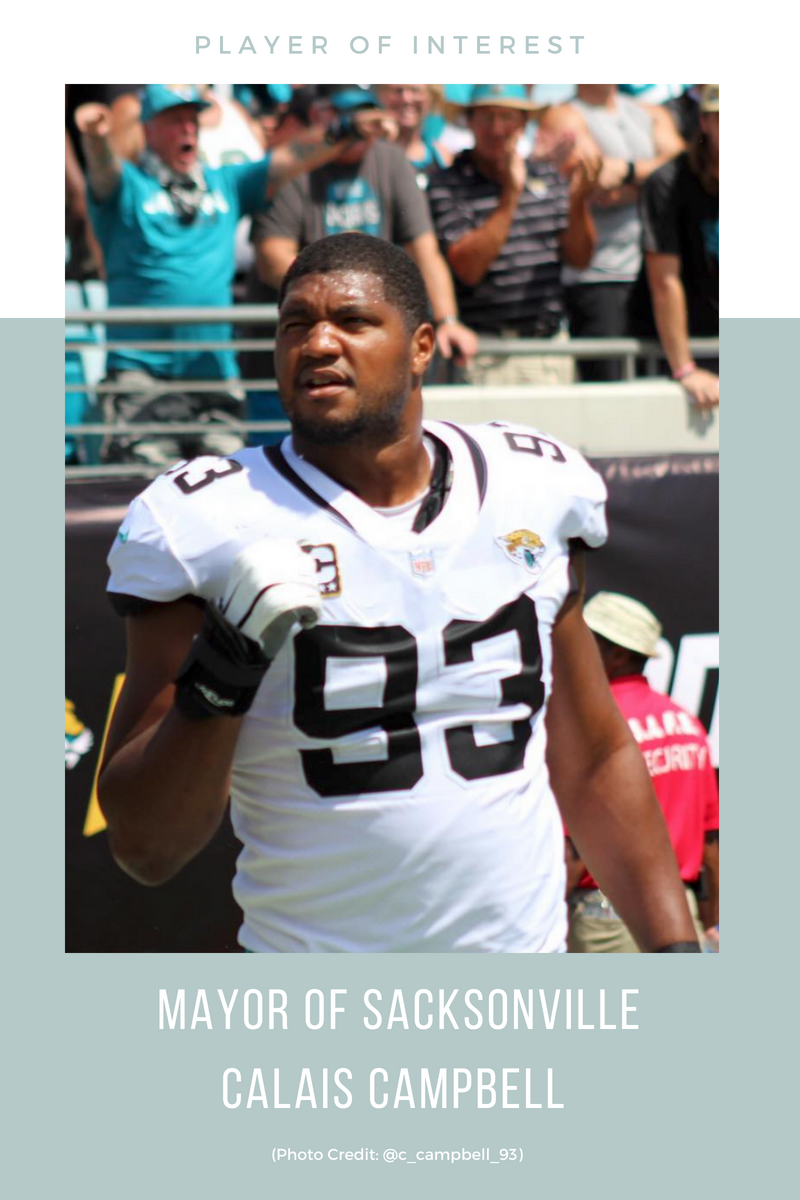 Calais Campbell is known best in Duval as the Mayor of Sacksonville. Campbell earned the title last year when the real-life Mayor of Jacksonville issued an official proclamation naming him as such.

"We pride ourselves on being a really good defense so this is a great challenge for us," Campbell said following a 31-12 victory against the New York Jets on Sunday. "We know they've got firepower everywhere. Everywhere. I'm looking forward to the challenge. This defense, we believe in ourselves, so this is an opportunity for us."

Campbell has already set a Jaguars record with 14.5 sacks for the 2017 season -- including a team-record four in that first game of the year. So far in 2018, Campbell has wrapped up 11 total tackles, one assist and three sacks. The Mayor is heading to Kansas City. Good luck Mr. Mahomes. 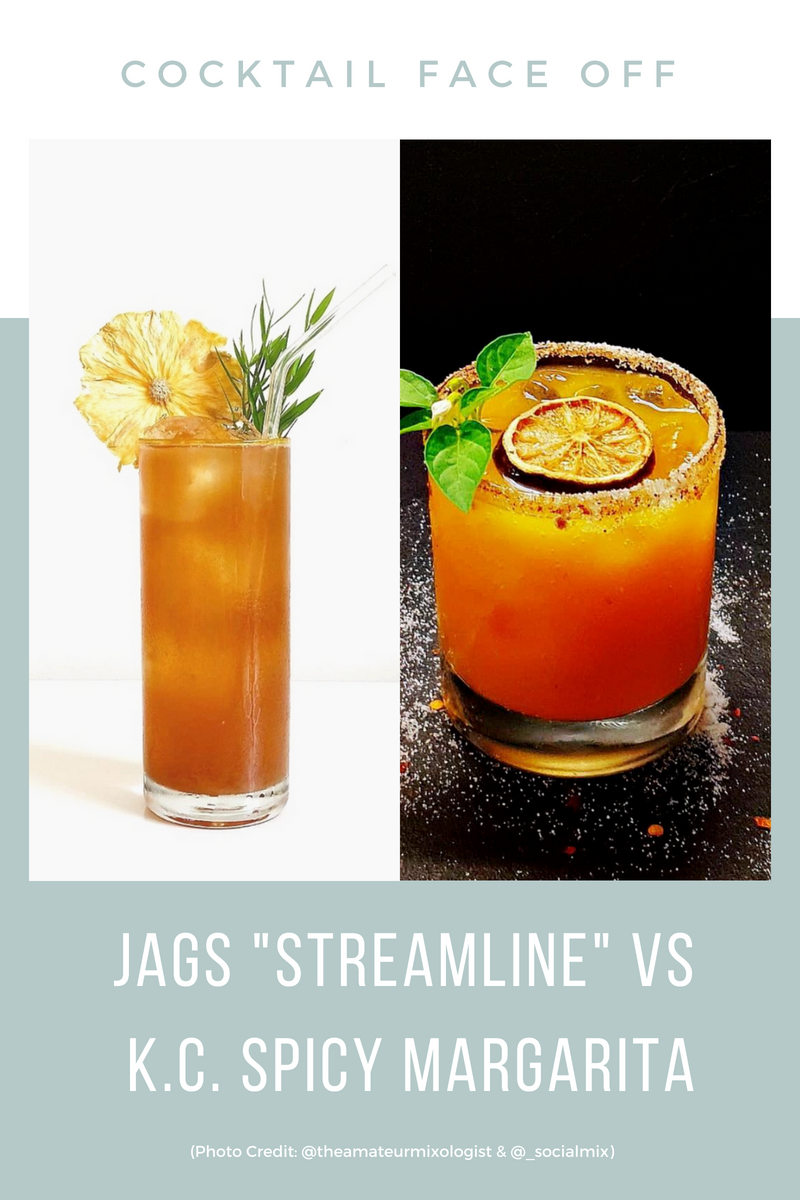 The Jags are taking on the Chiefs so it seems only fitting to have a cocktail face off. May the best drink win! 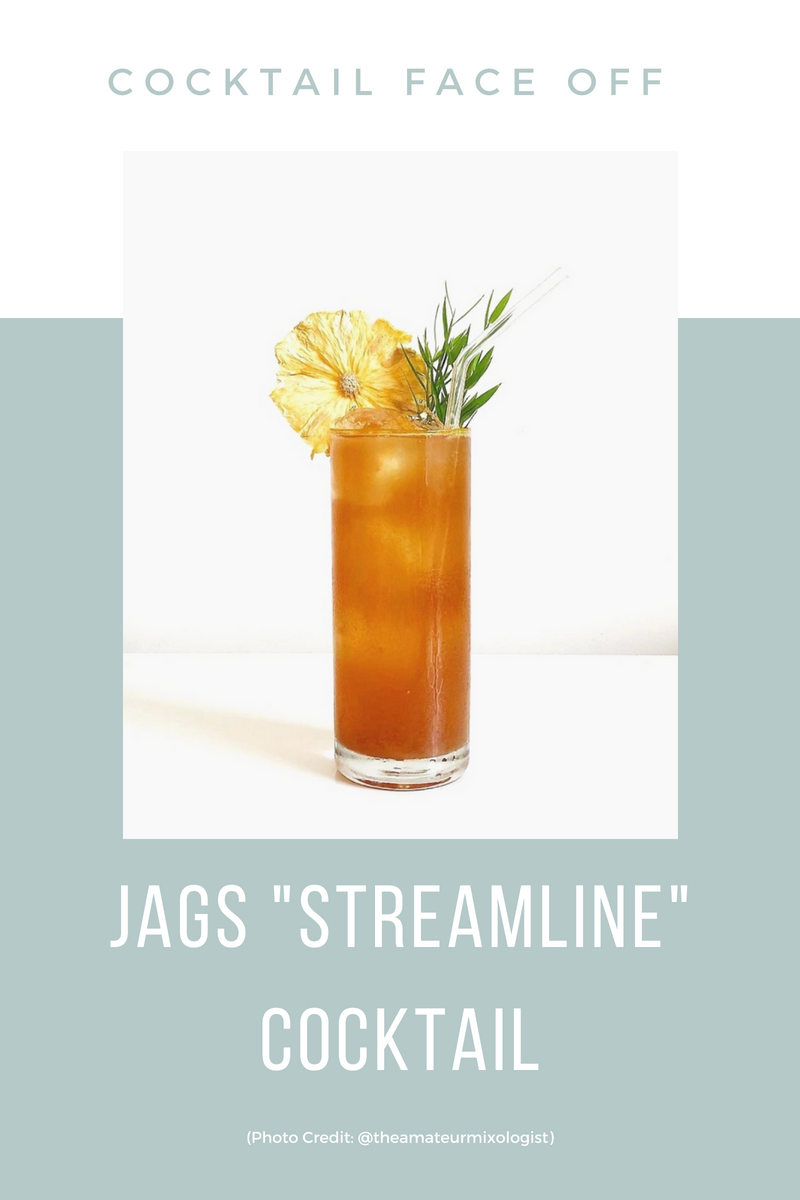 This tasty concoction is the perfect compliment whenever the Jags take the field. Simple, refreshing, and an all time winner. Your move KC... 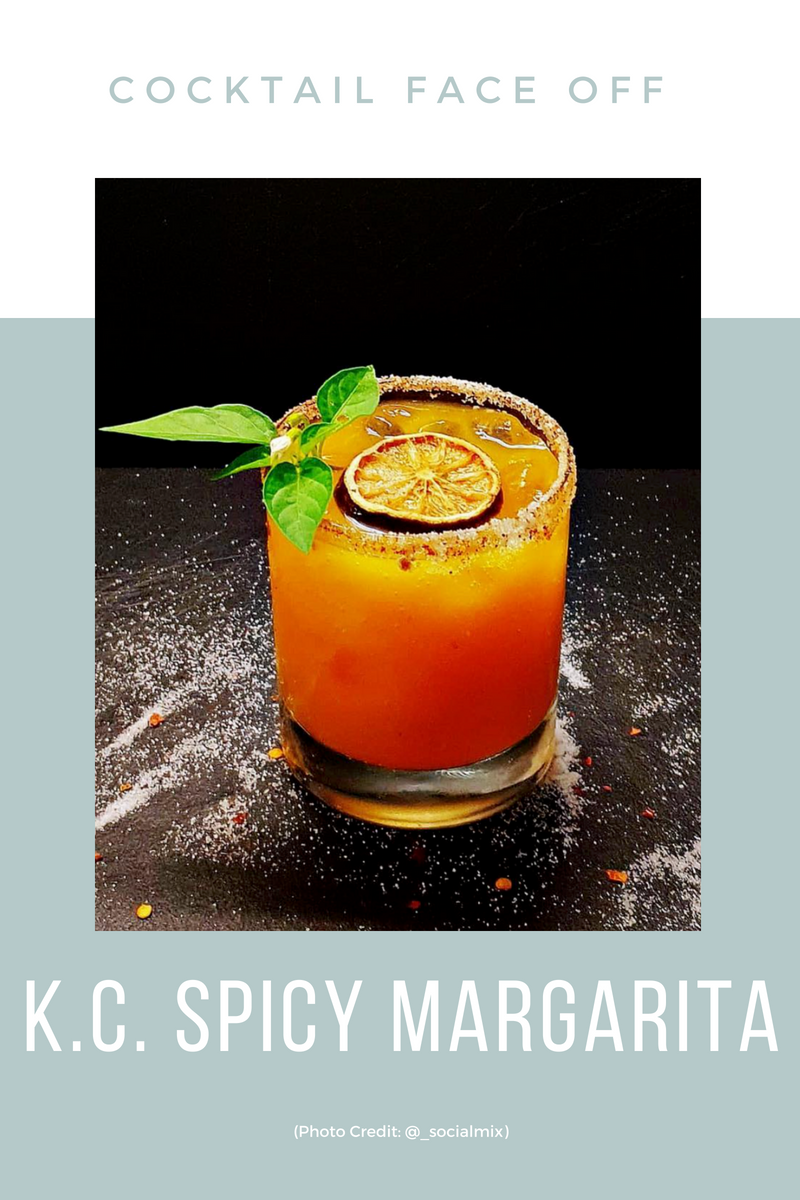 Bring that red and gold spirit to your next viewing party with this spicy margarita. It packs a punch just like KC's defense and goes down smooth like one of Patrick Mahomes' long passes.

Jaguars QB Trevor Lawrence did not practice Wednesday because of a toe injury, but said he expects to play against the Tennessee Titans in Nashville, Tenn., Sunday: "That's the plan…"

In a weekly feature for the 2022 season, NFL Media and Jaguars Media analyst Bucky Brooks breaks down the Jaguars' performance in a 40-14 loss to the Detroit Lions at Ford Field in Detroit, Mich., Sunday