THIS WEEK: The undefeated Jacksonville Jaguars will seek their fourth victory of the season when they make their second road trip of the season and travel to Washington to face the Redskins. Kickoff is 1:00 p.m. EDT in Jack Kent Cooke Stadium. The Jaguars, alone in first place in the AFC Central Division and riding an eight-game regular-season winning streak and an 11-2 record since last November 10 -- both league bests -- will play the Redskins for the first time ever.

The Jaguars are coming off a thrilling 30-21 victory over the Pittsburgh Steelers in their debut on "Monday Night Football," while Washington is 2-1 and coming off their open week following victories over Carolina and Arizona and a one-point loss to Pittsburgh.

The Jaguars are 3-0 for the first time in franchise history and are one of four undefeated teams left in the league. They have won five of their last six games on the road (including post season) dating back to November 24, a record that is the best in the league in that time.

TELEVISION BROADCAST: The game will be televised nationally by NBC and locally by WTLV Channel 12. Tom Hammond will call the play-by-play, Paul Maguire and Phil Simms will add analysis and Will McDonough will be the field reporter.

RADIO BROADCAST: All of the Jaguars' games are broadcast on WOKV (690 AM), WBWL (600 AM) and WKQL (96.9 FM) and the Jaguars Radio Network. Brian Sexton will call the play-by-play and former NFL quarterback Matt Robinson will add analysis. Sexton and Robinson are in their third season together. Robinson, Jennifer Kumik, Vic Ketchman, and Cole Pepper handle the pre-game show, and Pepper and ex-Oakland Raider Pete Banaszak do the post-game show. A total of 29 affiliates in four states on the Jaguars Radio Network will also broadcast the game. The game will also be broadcast nationally by Westwood One, with Tony Roberts calling the action and Rick Walker adding analysis.

THE OPPONENT: The Redskins were formed as the Boston Braves in 1932 and re-named the Redskins a year later. They moved to Washington in 1937, the year they won their first NFL Championship behind the passing of the legendary Sammy Baugh. They won their second league title in 1942 and took three Eastern Division titles between 1943 and '46 before losing the world championship game each season. The Redskins didn't qualify for the playoffs again until 1971, and a year later they appeared in their first Super Bowl, losing 14-7 to the undefeated Miami Dolphins. Joe Gibbs was named head coach in 1981, and the Redskins won the Super Bowl in 1982 behind Joe Theismann and lost in Super Bowl XVIII the following year. Doug Williams led the Redskins to the Super Bowl XXII championship in 1987 and Mark Rypien quarterbacked the Super Bowl XXVI title in 1991. Norv Turner was named head coach in 1994 and has guided the team to a 20-31 record.

A JAGUARS VICTORY OVER THE REDSKINS WOULD: Give the Jaguars a 4-0 record for the first time in franchise history, their ninth consecutive victory during the regular season and sixth in their last seven games on the road (including post season). It would also leave them alone in first place in the AFC Central.

THE SERIES: This is the first game between the Jaguars and Redskins.

JAGUARS INJURY UPDATE: DT John Jurkovic suffered a tibia plateau fracture to his right leg in the Pittsburgh game and QB Rob Johnson (left ankle) has missed the last two games. Their status will be updated later in the week.

PRACTICE SCHEDULE: Practice and interview times for the next week are as follows:

THE BEST RECORD ON THE ROAD: The Jaguars' 5-1 record on the road since (including post season) last November 24 is the best mark in the NFL in that time. Here's the league's top road teams since last November 10:

AND THE SECOND-BEST RECORD AT HOME: The Jaguars' 10-1 record at home in their last 11 regular-season games is tied for the second-best mark in the NFL in that time. Here are the records for the last 10 home games for the leaders: 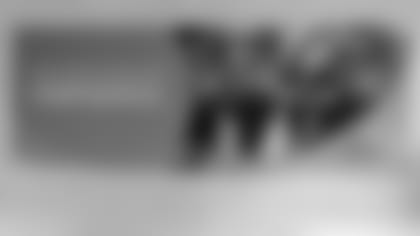 On May 4, the Jaguars kicked off Bike to School Day presented by Alert Today Florida with HC Doug Pederson, OL Ben Bartch and students from Hendricks Elementary.

Teaming up with the Jacksonville Jaguars, eight fans will be honored for their equitable, educational and environmental work

The Jaguars are bringing Vegas to Duval for the 2022 official DUUUVAL Draft party. With special appearances by Head Coach Doug Pederson and cornerback Shaquill Griffin, this is an event you won't want to miss.